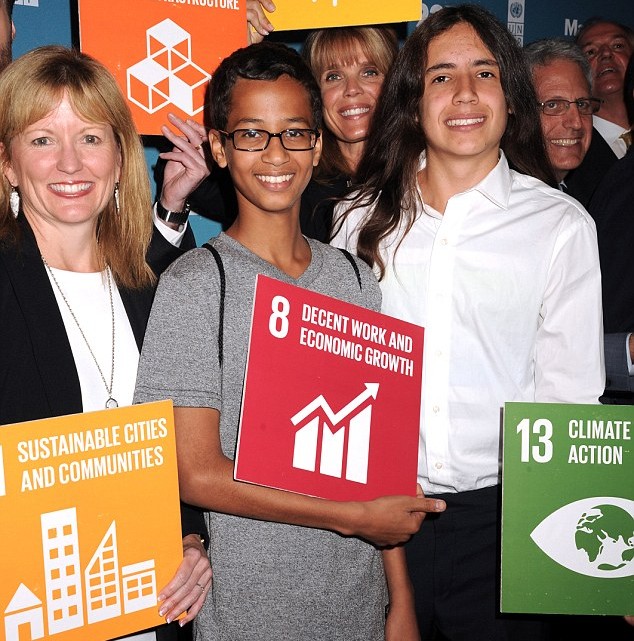 Within the framework of the 70th General Assembly of the United Nations, there were a number of parallel events that complemented the main event in late September in New York. One of them, perhaps the one that attracted most celebrities, was the held in Y92 in Manhattan. The Social Good Summit is an event that takes place periodically and that has been present in over 65 countries. “The Social Good Summit brings together a dynamic community of global leaders and activists to discuss solutions to the great challenges of our time” can be read on the Mashable website, one of the organizers of the event.

The former US Secretary of State, Madeleine Albright, the actress Charlize Theron, the artist Victoria Beckham, the Nobel Peace Prize, Kailash Satyarthi, Queen Rania of Jordan… a multitude of relevant people who wanted to make a contribution to the question that was flying around the venue for the two days of the event: What kind of world do I want by 2030?

Based on this premise, a number of speeches, lasting a maximum time of 10 minutes each, were made. The event had such a media impact – especially in the networks – that it became one of the recurrent themes on Twitter in the US, with the hashtag #2030NOW.

In that sense, the Social Good Summit played an important role in the dissemination of the 17 Global Goals approved by the United Nations in late September, as was acknowledged by Amina J. Mohammed (special adviser to the Secretary-General of the UN on SDGs).

Many topics were brought up on stage during the two day event. All were important and related to the 17 Global Goals. One of the common elements in all the discussions was the role of youth as a force for change with a view to achieving the sustainable development goals.

Here are some of the most important issues and the people who appeared in the conferences:

Refugees: The path to the resettlement

Music as a global movement: past and present

The generation that will end aids

Climate change and the struggle for justice

You can watch the event in full on the following videos: