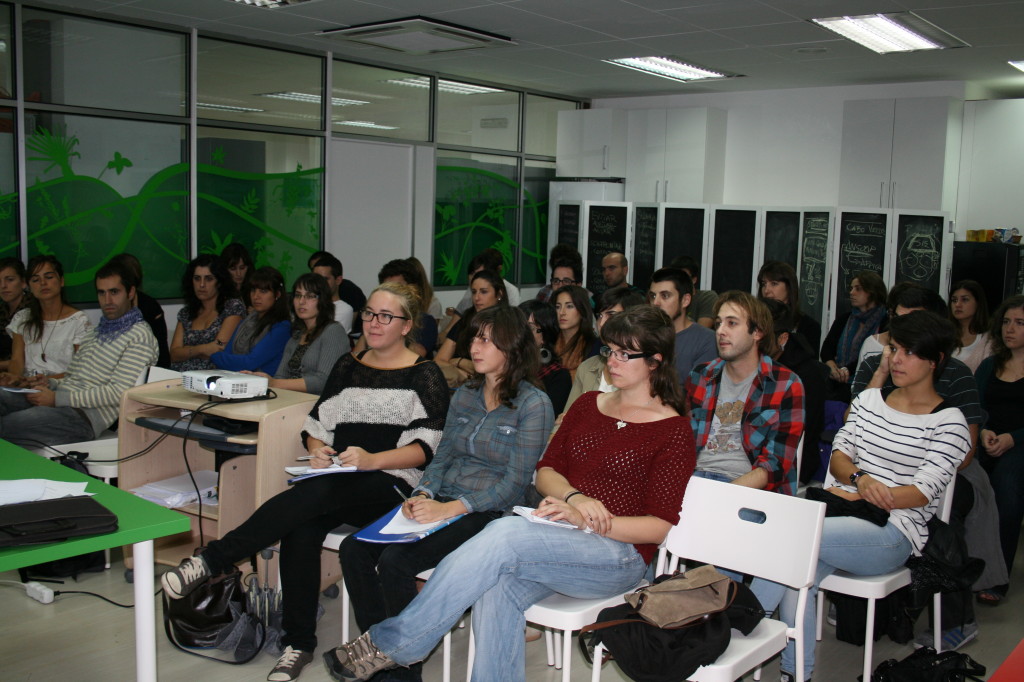 Every year, 45 million new youths look for their first job, which means that in the next 10 years 500 million new jobs need to be created to fulfil this demand. But these jobs are not being created fast enough to respond to the necessities of this immense population of youth who are three times more likely to be unemployed than older adults. As youth unemployment threatens to increase even more, many young people face the perspective of being without a stable job in the coming years, which bodes a generation at risk, with severe social and economic consequences. If governments and the private sector don’t educate and provide young people with skills, and offer them dignified jobs, they are at risk of frustrating their aspirations and their potential, undermining the growing potential of economies and people, increasing the distrust and the lack of motivation and, as consequence, undermining important social values such as responsibility, effort, the will to improve, risk taking, team work, etc., that constitute the basis of the development of people. This limits the possibilities of a sustainable growth and compromises the achievements of the political interventions in other fields.

The 2013 ILO’s Global Employment Trends for Youth Employment report states on its first page that “it is not easy to be young in the current job market”. This report also show us that by 2013 it is calculated that there were 74 million unemployed youths and that informal employment among young people is still very extended and that transitions into decent work are slow and difficult.

In this sense, as the debate about the agenda subsequent to the Millennium Development Goals gains momentum, the ILO states that the emphasis must be placed on the creation of employment and social welfare. In the words of the Director General, the British trade unionist Guy Ryder, “the creation of jobs is the most urgent priority for world development, decent work is the best way out of poverty and it is also the path for the growth of economies. Work translates into development”.

According to the 2012 Unesco’s Education for All in the World Monitoring Report, ‘The youth and the competencies: working with the education’, countries must pay even more attention to the development of a qualified work force. And all youths, wherever they live and whatever their origin, need to acquire competences that prepare them to hold dignified jobs so they can prosper and fully participate in the society.

Unesco’s General Director, Irina Bokova, could not be more clear in the introduction of the aforementioned report: ”The global economic downturn is impacting on unemployment. (…) Youth skills have never been so vital. (…), that education is not only about making sure all children can attend school. It is about setting young people up for life, by giving them opportunities to find decent work, earn a living, contribute to their communities and societies, and fulfil their potential. At the wider level, it is about helping countries nurture the workforce they need to grow in the global economy”.

But to show the system’s shortcomings is not enough. It is necessary to make proposals because we are sure that the fields that guarantee the human, economic and social development are both education and skills training of the new generations, and the strengthening of their skills, as well as development of organisations, in particular, of companies. Without these two following keys, it is not possible to guarantee the development of people in their social and individual dimensions: Education-training as an on-going process throughout the entirety of people’s working-life and the sustainable development of companies, and that both companies and organizations are conceived and structured to take in these workers in a dignified way.

We must find a formula reconciling interest and awaken people’s consciences, both in global society as well as in local societies, so that we can start to build a path through which, together, cooperating and from the civil society, we can find a stable solution for the grave problem of youth unemployment. We want to raise the necessity of a new model of development, that questions economic and social issues, and place it as the centre of the Human Development agenda. And we want to design the basis of the future on fundamental values like responsibility and equality, placing special emphasis on gender equality, austerity, humanism, inclusiveness and humanism, on the premise that nobody is left behind.