Sport, a recipe for the generation of youth employment 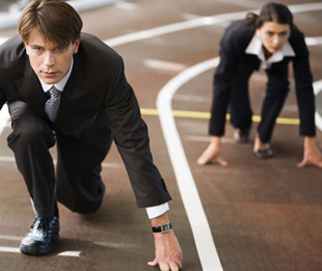 Sport, in its broadest sense, is one of the fields that has best been able to weather the financial storm we have been experiences for some years. Participation levels -especially among young people- have remained stable, in spite of the economic cycle, at both grassroots and professional levels. This brings to mind the idea that this sector has great potential to accommodate various youth employment creation initiatives.

It is a global mass phenomenon and ‘Sports Economics’ has been successfully implemented for some time, at least in the United States. The European Union is fully aware of the importance of this sector regarding job creation and the recovery of the continent’s economy. It accounts for up to 3% of gross added value of the EU, and the sector employs almost 5 million people. Given the current global situation of young people, who are finding serious problems to join the labour market after going to university, sport offers youth employment creation opportunities and supports local economic development. Not to mention the added benefits for other local sectors, such as tourism, transport or culture, among others, that come from organising a sporting competition. Furthermore, it is closely linked to innovation as can be seen in clothes brands, electronics and aerospace, which clearly focus on sports.

Driving force for the economy

Having identified this boom, it is no accident that the European Union has organized several high-level events that focused on this idea of sport as a driving force for the economy. Sport provides young people with an environment where they can improve skills and key values that are highly valued in the labour market. An example of the ‘boost’ the EU wants to give this sector is the recent creation of Erasmus+, which also covers sports.

Beyond the scoreboard, published by the ILO in 2006, offers an insight to the situation of sport as an economic factor in the various continents. One of the sections of the report mentions the value of this phenomenon in promoting youth employment as well as charity work. Although charity work is unpaid, it offers young people training opportunities. In short, if there is something that the financial crisis has revealed it is that we must find new ways of creating employment beyond the classic and rigid structures used in the good old times.