The Pope criticizes the “labour market”, which is telling young people that “they are not needed” 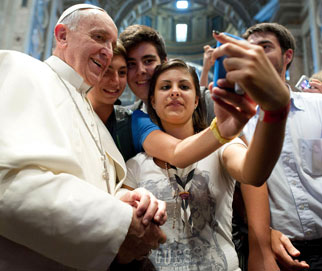 He considers youth unemployment a “social plague” and warns that “the ultimate goal of coexistence is not achieved by the mere increase in profits”.

The Pope expressed his regret for the current level of youth unemployment and described it as a “social plague”, asserting that “the labour market should be open to young people”, who in recent years have felt they are not needed. Unemployment “deprives young people of an essential element for their development and the economy of their contribution”, he said during an audience with members of the National Federation of Knights of Labour of Italy. “The labour market – he added referring to this issue – should be open to young people who are prepared and who want to strive and improve. But the message they have received in recent years is that they are not needed”.

Francis considered this a “symptom of a serious dysfunction”. According to Efe, the Pope asserted that the common good, “the ultimate goal of coexistence cannot be achieved through the mere increase in profit or production, but it must actively involve all members of society”. In this sense, he stressed that the Church sees “human beings as the centre of development and that as long as men and women remain unemployed or ignored, the common good cannot be achieved”.