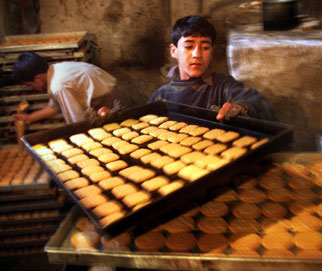 About 2,000 million people, equivalent to two-thirds of workers in the world, do not have an employment contract or enjoy basic rights or they are discriminated against; their wages do not match their skills, they have no social protection or are overexposed to accidents or occupational diseases, or they suffer from all these deficiencies at the same time. This information is included in a report published by the International Labour Organization (ILO) on occasion of the World Day for Decent Work, held on October 7. The ILO defines decent work as access to a job with rights and free from discrimination, in healthy condition, with decent wages and social protection.

The report was presented by the director of the Research Department of the ILO, Raymond Torres, and the adviser of the ILO Office in Spain, Judith Carreras. “The first conclusion of the report is that most workers in the world do not know what is decent employment is, and decent employment is the best way to fight poverty”, stressed Carreras.

However, according to the ILO, more than 200 million people do not even have a job, 30 million more than before the crisis, and 74 million of them are young people. In addition, 168 million children are trapped in child labour and 21 million people are exploited in conditions of forced labour. Furthermore, 80% of the world’s population does not have adequate social security coverage and more than half lack it completely, to the point that they do not have any type of protection in the event of unemployment, illness, disability, old age or motherhood.

And in the midst of this panorama, labour relations are changing and countries must adapt to this situation. The driving forces of this change, according to Torres, are digitization and new technologies and the fact that the job creation model relies more on self-employment, independent employment that passes through the Internet, without a company as intermediary. The ILO estimates that 40% of existing jobs will change the type of labour relationship between worker and company, a fundamental change, which, according to Torres, is already being felt in Spain, where is the number of independent jobs and self-employed people are on the increase.

Torres said that ever further technological change is not having a very positive impact on employment as it leads to a fall in the demand for employment in many sectors, including industry. “Within 20 years, industry may resemble agriculture and the automobile sector, in ten years’ time, may suffer a drastic reduction in employment because everything will be made by machines”, he said. However, at the same time, there are other areas that could boost job creation around the world, including Spain, and these are jobs linked to people: healthcare, leisure, education and green economy.

The challenge, therefore, according to Torres, is how to address these changes in labour relations and the response, he says, is to adopt inclusive reforms that do not reduce social protection or generate inequalities, as has been the case of 90 of the 120 labour reforms performed in Europe since 2008.

Torres warns that labour reforms will not stop technological changes; however, if they are inclusive, they will help countries to progress. As an example, he mentions the reforms introduced in Holland last year to curb the abuse of contracts per hour or the implementation in Austria of a support system for the unemployed based on 80 consultants for each unemployed person.