70th Anniversary of the UN. From decolonization of the “new world order” 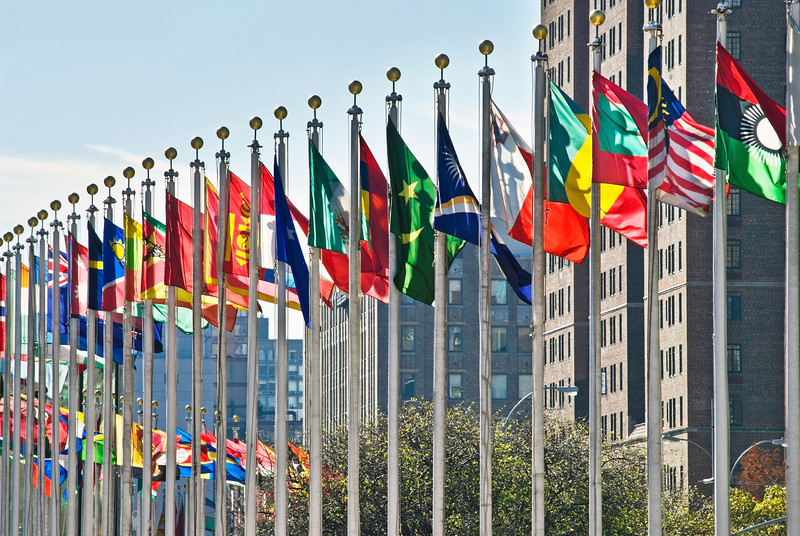 From decolonization of the “new world order”

In the first episode dedicated to the 70th anniversary of the United Nations, we revisited the origins as well as the nature of the early years since the UN was established. On this occasion, we shall look at a stage in which this world organisation had to face the challenge of accommodating a wide range of countries that came into existence after achieving independence from countries that had colonised them. We shall also speak about the role of the Community of Nations during the Cold War, the changes that arose after the fall of the Berlin Wall and we shall conclude with the Millennium Development Goals and Sustainable Development Goals. 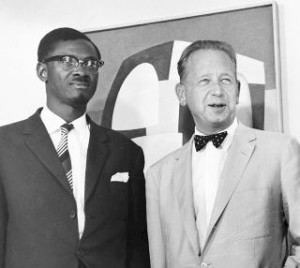 These are mainly events that took place in the 1960s. It is also one of the major milestones in the recent history of the Community of Nations, because the African-Asian emancipation without an entity such as the UN would have been more violent.

The review of the performance of the UN during the decolonization period allows us to see the significance of its work in channelling and solving many problems posed by the colonial disintegration phenomenon and the great debt of gratitude owed to the Organization, not only by the peoples who achieved their freedom, but by all peace-loving nations.

The death of the Secretary General Dag Hammarskjöld, a staunch pacifist, occurred in 1961 as a result of an aircraft accident while he was trying to mediate in the Congo conflict. This led the General Assembly to appoint the Burmese U Thant as the new Secretary General. The major milestones during this new term affected the decolonisation process, with resolutions that included deploying peace-keepers, imposing arms embargoes, sanctions, etc. 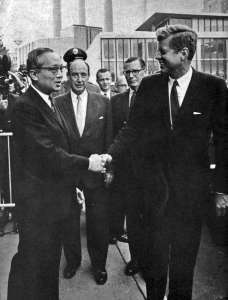 U Thant and John F. Kennedy

Before U Thant was replaced by the Austrian Kurt Waldheim, the Mr U Thant gave a resounding speech in which he uncovered the good and the bad of the world Organization. Under the mandate of Waldheim, the United Nations Congress on the Environment was held in Stockholm, which led to the creation of the United Nations Environment Programme (UNEP), with headquarters in Nairobi. He also attempted to mediate in several international conflicts, such as with the governments of India, Pakistan and Bangladesh to deal with the problems created by the war between India and Pakistan and by providing the means and arbitration to overcome the consequences.

In the 1980s, the Cold War entered its terminal phase with the imminent collapse of the Soviet bloc. In this context, after being re-elected as secretary general in 1986, he skilfully used diplomacy to achieve a “cease fire”, which put an end to the Iran-Iraq War. 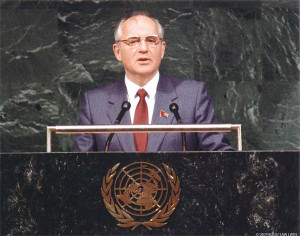 The fall of the Berlin Wall and the end of the eastern bloc evidenced the twilight of the bipolar world. Faced with this situation, a new unknown scenario arose in which some saw an end to conflicts under the hegemony of the United States as the guardian of peace. However, reality led to north-south tensions, augmented in recent decades, and American hegemony, not as a guarantee for peace, but as a way to forward its own interests. Faced with this situation, the UN became unworkable given the US veto in the Security Council. This was the context in 1993, a time when, with foreboding, some of the events that we have seen in recent years became apparent. 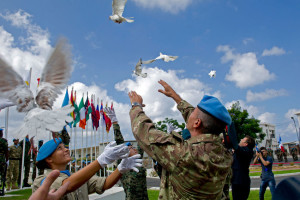 It was assumed that in the new world order the UN would play an important role after overcoming its relative paralysis during the Cold War. There was talk of a security system headed by the UN that would stifle any aggression against international peace. This was the image that the organisation tried to convey in the Gulf War, in which the US armed forces attacked Iraq, with the symbolic support of some units from other countries, under the aegis of the United Nations. However, the United States did not go to war to against violations of peace, but in defence of its political, strategic or economic interests.

One of the greatest efforts was the so-called Millennium Summit in 2000 in which the United Nations tried to promote the Millennium Development Goals until the year 2015. These were a series of commitments to try to reduce inequalities in the world.

The SDGs are heirs to the MDGs from the year 2000. The Sustainable Development Goals are, perhaps, the United Nations’ attempt to build a more just and sustainable world.