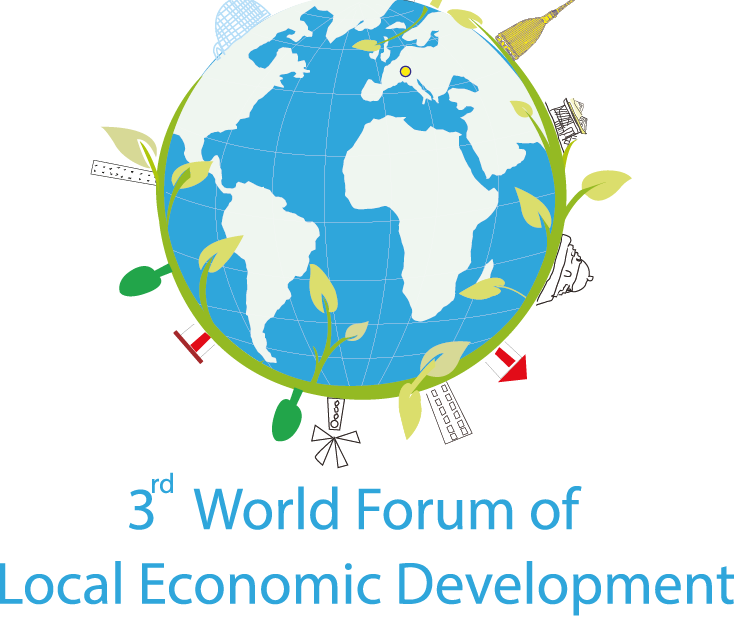 Last week, the 3rd World Forum on Local Economic Development was held in Turin (Italy) from 13 to 16 October. This was the first major global gathering since the adoption of the SDGs at the latest Assembly of the UN, and we were invited, through the Basque Government – External Action, to participate in one of the round tables on “Localizing Employment Generation. Toward Local Inclusive Growth, Decent Work and Green Jobs”, to present the Youth Employment Decade Campaign.

The other two lines of work at the Forum focused on “Regional Competitiveness and Innovation for more Sustainable and Inclusive Development” and “Implementing Sustainable Urban Development. LED strategies for creating positive urban-rural linkages”.

As a forum that focused on the role and the actions at local level to achieve the development goals (micro goals are highly conducive to the success of these), the mayors were prominent on all the panels, defending the idea that local governments have the mandate to lead the development of their communities and the importance that town and their urban-rural relationships are going to play in the deployment of the SDGs. Piero Fassino, mayor of Turin, as the host of the event and speaker at the introductory table, reviewed all the variables that they are limiting or enhancing the ability of local administrations to align their efforts to the achievement of sustainable development.

Among the many discussions that took place, local production and competitiveness were brought up, not only oriented to price but to value within the community, the role of the private sector and its responsibility with SDGs, the cooperative relationship between the public and private, urban and rural, the necessary decentralization (including taxation) in increasingly complex socio-economic processes, participation and organisational innovation,…

Among the diversity of the many tables, we must note the ones dedicated to new South-South cooperation; decentralised and local work results in a new cooperative relationship between impoverished countries with a wide range of new possibilities. The concept of resilient cities was brought up again. It had already been mentioned by the ILO in its framework path under which 25,000 cities are already working on this type of decentralised relationship has become a very fertile area for the economy and social solidarity.

The participation of Novia Salcedo, in the persons of Itziar Pineda and Laura Simón, was confined to the role of businesses in the development of local economies, which were able to share with Annie Van Klaveren, from the ILO, who established the framework for this type of organization for companies and presented two case studies. Jorge Miguel Samek, from the company ITAIPU (Brazil), explained the type of role that can be played in environmental sustainability and Abdul Razzak Farzan from the ILO-Sri Lanka, spoke of the role of companies following armed conflicts.

Once again, we were able to witness how the Youth Employment Decade was widely acclaimed as an instrument for socio-economic transformation and a benchmark covering all the variables that refer to Sustainable Development in coming years.