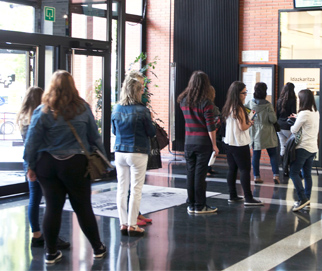 Young Spaniards need up to six years to find a permanent job compared to two years required by Danish youths aged 15 to 24 according to the report ‘OECD Skills Strategy: Building an effective skills strategy for Spain‘ by the Organization for Economic Cooperation and Development (OECD).

In addition, Spain has the highest rate of young people working in part-time employment (22%) compared to the OECD average of 4%.

In spite of recent improvements, the OECD points out that youth unemployment rates are still high: 52.4% in 2014, slightly lower than one year ago at 54%.

The report also warns that long-term unemployment among young people can “stigmatise” them, increasing the probability of being unemployed in the future, obtaining lower wages, leading to worse mental conditions and, in general, limiting their opportunities in life.

There is also the “danger”, according to the paper, that the skills of young graduates who do not find a job will become “more limited” or even “obsolete” if they cannot apply what they have studied.

In addition, young people can lose confidence in their skills, which can lead to anxiety and pessimism regarding future employment options.

Next post [:en]The gap between young people who study and those who do not is widening[:es]La brecha entre los jóvenes que estudian y los que no es cada vez más abierta[:]