Bilbao Declaration on Youth Employment and the SDGs 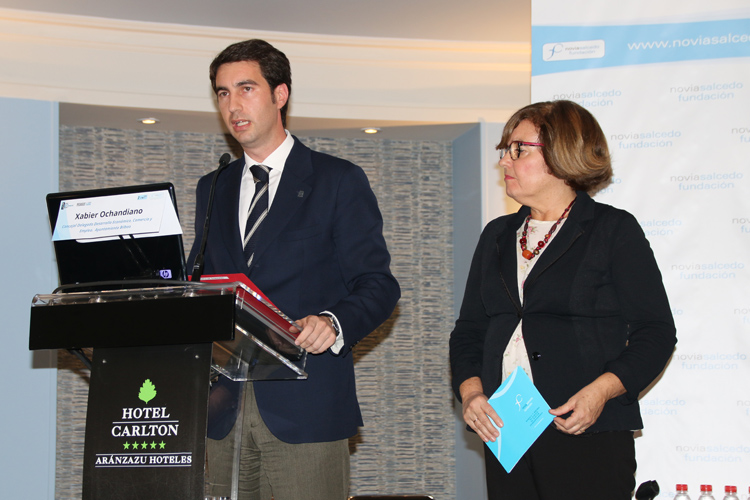 During the II Bilbao Youth Employment Forum, Xabier Ochandiano, councillor for Economic Development, Trade and Employment of the Bilbao City Council, read the Bilbao Declaration for Youth Employment within the framework of the SDGs. A document that will become part of the history of the Campaign in favour of the Youth Employment Decade, explained Begoña Etxebarria, director of the Novia Salcedo Foundation. This document, which contains key points for the promotion of employment, will be submitted to the Basque Parliament and to other institutions. Etxebarria had words of gratitude for the politicians in Madrid and the Basque Country who “displayed, from the beginning, their complete willingness to defend the project”,  such as Elena Azpiroz, Carles Campuzano, Emilio Olabarria, Concha Gutiérrez, Javier Ruiz, Andoni Ortuzar, Laura García and Alfonso Alonso.

On occasion of the second edition of the Bilbao Youth Employment Forum (BYEF), the attendees declare and endorse the following:
Acknowledging the analysis of the new socio-economic challenges and viable actions identified by the Novia Salcedo Foundation’s Ícaro Think Tank (2011 – 2014).

Considering the latest Global Youth Employment Trends reports published by the International Labour Organization (2013-2015), and the approval of the ILO’s Global Action Plan jointly with 19 United Nations agencies in November 2015.

We would like to state our commitment to the following principles so that they may become part of the Bilbao Declaration aimed at promoting and encouraging actions that will favour the deployment of the Sustainable Development Goals (SDGs) to promote youth employment, under the following

1.  Employment must be defined as a social priority and as the driving force behind economic growth. In this sense, there is a need to reconsider the concepts of work, employment, value for society and the sharing of the wealth generated; creating employment where it does not exist and promoting high quality employment.  We shall work so that, by 2030, we can achieve full, productive and decent employment for all men and women, including young people and persons with disabilities, and equal pay for work of equal value (SDG 8.5).

2. It is necessary to establish a solid economic base in all our countries where sustained, sustainable and inclusive economic growth is essential to achieve prosperity. This will only be possible if wealth is shared and income inequality is combated.

3. We need to work to build dynamic, sustainable, innovative and people-centred economies by promoting youth employment, the economic empowerment of women and, in particular, decent work for all.

4.  The implementation of fundamental changes in the way our societies produce and consume goods and services is inevitable. Governments, international organisations, the business sector and other non-state stakeholders and individuals must contribute to changing unsustainable patterns of consumption and production with a view to moving on to other more sustainable models.

5. Companies are key agents of cultural change. Through them, we can generate changes in the environment. We must promote business management models based on the participation of the people and ethical leadership.

6. The need to do away with the barriers that prevent access to decent employment, thus helping young people in the transition from study to work and in acquiring the skills that will enable them to improve their employability.

Each person present, citizens of an independent civil society, to promote local and global active collaboration among all, from within their spheres of influence, with a view to creating a line of action and discussion on this issue that can be included in an Institutional Declaration by the Plenary Sessions of City Councils, Provincial Parliaments, Autonomic Parliaments and the Spanish Parliament, and be endorsed by all the public and private stakeholders that wish to join this initiative, the end purpose of which is to persuade the General Assembly of the United Nations to Declare a Youth Employment Decade.