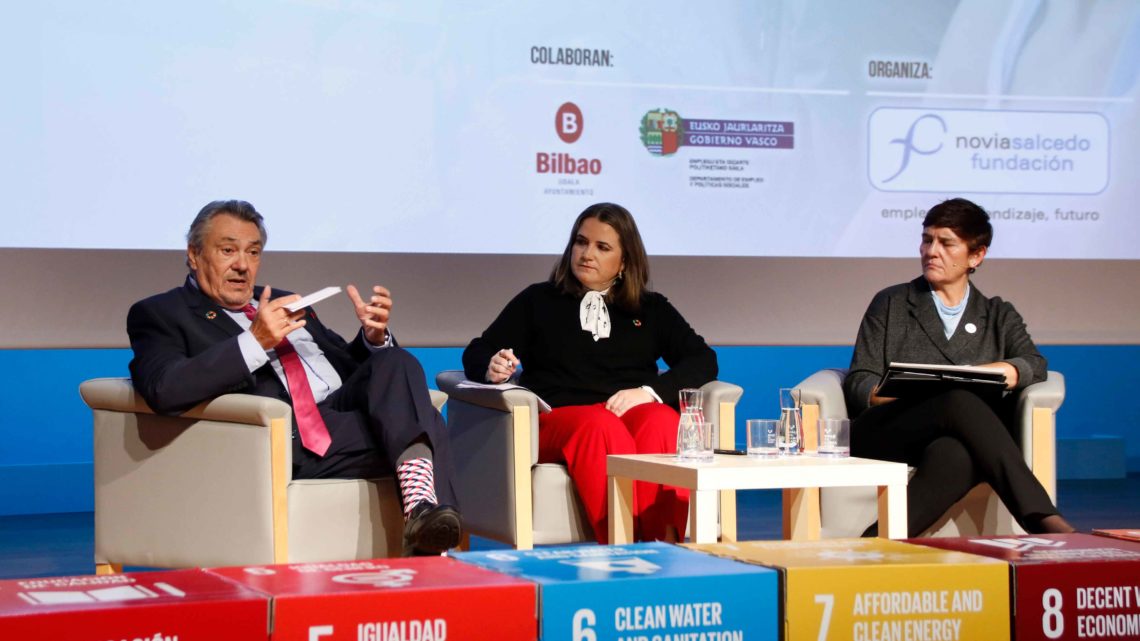 The president of the Novia Salcedo Foundation, Luis Cañada, welcomed the audience to the sixth edition of the Bilbao Youth Employment Forum 2019 (BYEF19), which was held yesterday in the Bizkaia Aretoa of the UPV/EHU, by alluding to a poem by Juana Inés de la Cruz (Mexico, 17th century) that makes reference to how people used to talk about women’s issues to emphasise that, until now, this issue “has not changed much”. He also added that if the word “woman” is changed to “youth”, “it may also be applicable to the situation today’s young people are experiencing”. “Dear young people seeking employment, the key to everything is that we have 17 doors that lead to remarkable results and that are waiting to be opened to get a decent job. These 17 pathways include the Sustainable Development Goals (SDS) of the United Nations 2030 Agenda. We have some exceptional speakers who have the master keys to those doors; come and get a copy of those keys”. 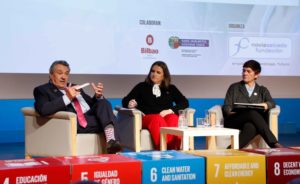 Later, Txelo Ruiz, vice-dean of Students and Employability at the University of the Basque Country opened the event. “These events, in addition to being a source of vitality for the university, address issues of great relevance. I am sure that the ideas and analyses developed throughout this event will be useful in improving the employability of our youth. From the point of view of sustainability, the UPV/EHU is committed to pursuing the SDGs at all university levels”.

This was followed by the first BYEF dialogue table, which focused on the progress and challenges of 2030 Agenda regarding the creation of quality employment and was moderated by María Jesús Novo, from the Novia Salcedo Foundation. To begin with, she pointed out that society is going through complicated times. “The challenge is how to achieve sustainable economic growth and quality employment for all”.

Manuel Escudero, ambassador and permanent representative of Spain to the OECD, began with a reflection: “I am convinced that the SDGs are an attempt at a new social contract in the medium term, and when I speak of a social contract I am actually saying that the current one is coming apart and we need a new one. It means that that which unites us as a society, that mass in which we can all consider ourselves an integrated society, has cracked. I think that is where we are and achieving the SDGs by 2030 is the only solution we have”. 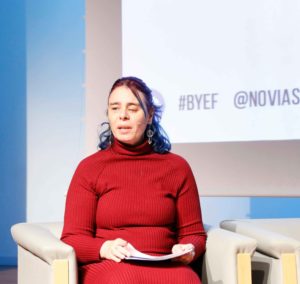 The forum concluded with a presentation by the Secretary-General of Inserta Empleo, from the ONCE Foundation, Virginia Carcedo. “The Fundación ONCE Inserta Empleo specialises in disabilities, but this project can be used as an example of best practices for any of the groups or young people with disabilities or without disabilities who may find themselves unemployed”. “We are an example of an alliance with talent, of what must be done, based on our criteria, so that a young person with a disability or without a disability can join the labour market”, she said.

Begoña Etxebarria, director of the Novia Salcedo Foundation, bid farewell and presented the conclusions. She thanked the audience for having accompanied them throughout the day. “During this sixth edition of the BYEF, whose goal is to integrate perspectives and identify challenges in order to turn them into opportunities, we have talked about a new social contract that will help young people from this transitional generation not to suffer too much, and our commitment as a Foundation is towards them”.

Amaia Arteaga, director of Planning and Innovation in Employment (Employment and Social Policies) of the Basque Government closed the event. She stressed that “we are closing an event organised by Novia Salcedo dedicated to broadening knowledge about employability and skills linked to sustainable development. Our initial legislative commitment was to reduce the unemployment rate to 10% and according to the latest surveys, unemployment rates are already at 9.2%. However, this is not enough and we have to keep working to consolidate the trend and reduce this figure further”.

Next post [:en]Currofinder, an application that helps you find a job in line with your personal skills[:es]Currofinder, una 'app' que te ayuda a encontrar empleo según tus habilidades personales[:]