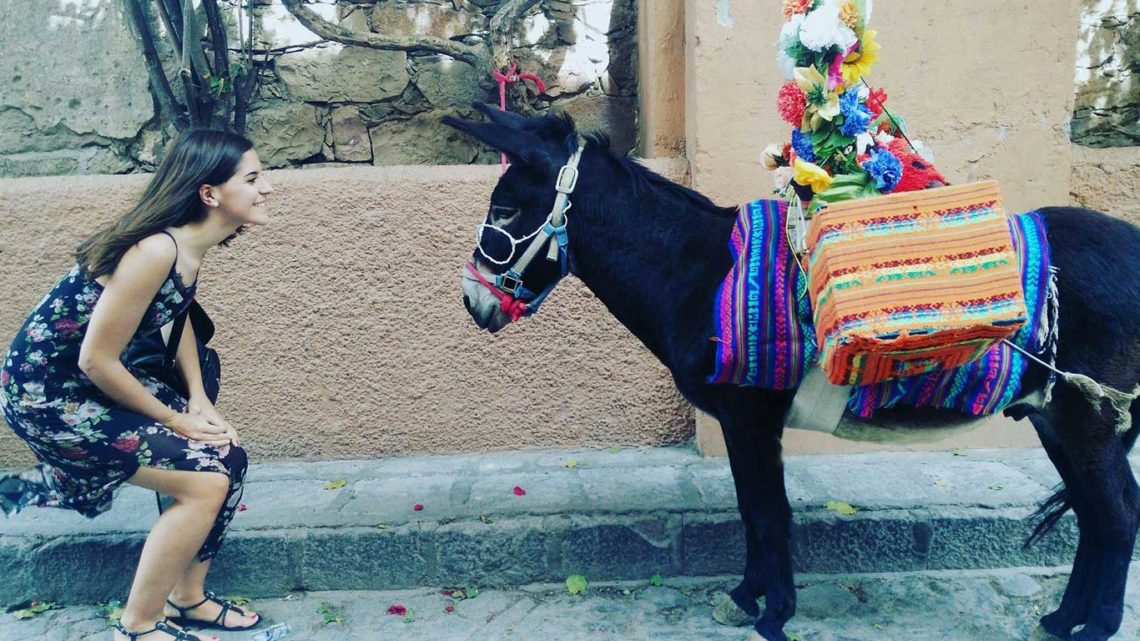 Raquel López arrived in Mexico after spending a year in Canada on a Basque Government BEINT grant. The purpose of this grant is to train young graduates under the age of 30 in issues related to globalisation to ensure the availability of efficient professionals in the future for Basque businesses and other entities.

– How did you find out about the BEINT grants and how did you get one?
It was rather by chance. They hadn’t told us anything about them at university, which I think is a mistake, but my mother saw the grant advertised in the paper and told me. At the time, I was studying a master’s degree in Brussels, so I couldn’t apply; but I did the following year.

– What tests did you have to pass?
There were several tests: English, French, Basque, two aptitude tests, one general culture test…. Then, there was a personal interview at Lakua where you had to talk about yourself, your interests, studies… and they ask you about industry in the Basque Country.

– And once you were admitted, what did it mean for you?
First, we had some classes and a test-type exam which, together with the marks from the entrance exam, resulted in a score based on which you could choose where you wanted to go in the second phase of the process. I had a good score so I could choose and I opted for Canada, where I spent one year at Spain’s Economic and Commercial Office in Toronto.

– What did you do there?
I was assigned to the wine and industry department, but when I explained my profile and interests, they soon placed me in charge of the office’s social media and blog, mainly working on promotional issues and events in the wine and gastronomic industry. I really enjoyed the job, and I would love to go back there to work.

– After your time in Canada, you had to spend some time in a Basque company with an international component, where did you go?
I chose Grupo Segardi, which had just opened a restaurant in Mexico. As I was accustomed to working in an office, working in a restaurant was different, livelier. I was in charge of the commercial and marketing departments: on-line strategy, booking platforms, organising events… It isn’t bad as experience, but it is not as fulfilling as I expected.

– While working in Mexico, what has your daily life been like?
Mexico City is extremely chaotic. I always say the same thing; when I go back to Bilbao, a day in Madrid will seem peaceful to me because, in Mexico, three hours in a car to go anywhere is quite normal. Another thing that I find rather uphill is the food, and remember, Basque people are known for eating a lot; however, here, the meals are too heavy with so much maize, beans, and potatoes as key ingredients, always accompanied by sauces. Now I can really say that my stomach is bullet-proof, after having overcome several stomach problems.

– Occasionally you hear news about Mexico being unsafe, especially in certain parts of the country, what is your experience?
The truth is that I have been here for eight months and I have never had any safety issues. Of course, there are certain things I would never dream of doing here, because I am aware they would increase the chances of being mugged or of something happening to me, such as flaunting something of value as I walk down the street, going to areas that I am not familiar with, taking a taxi in the street… you always try to be alert, but if you take care you should be alright.

– Besides, you had already lived in other countries…
I lived in Belgium for just over a year, and Brussels was partly to blame for my yearning to learn about new cultures. It is a multicultural city, where I was able to make friends with people from all over the world, from Mexico or Venezuela to Vietnam or Pakistan. Later, during the year I spent in Toronto, that desire increased a thousandfold, as it is a city in which more than 50% of the population is foreign.