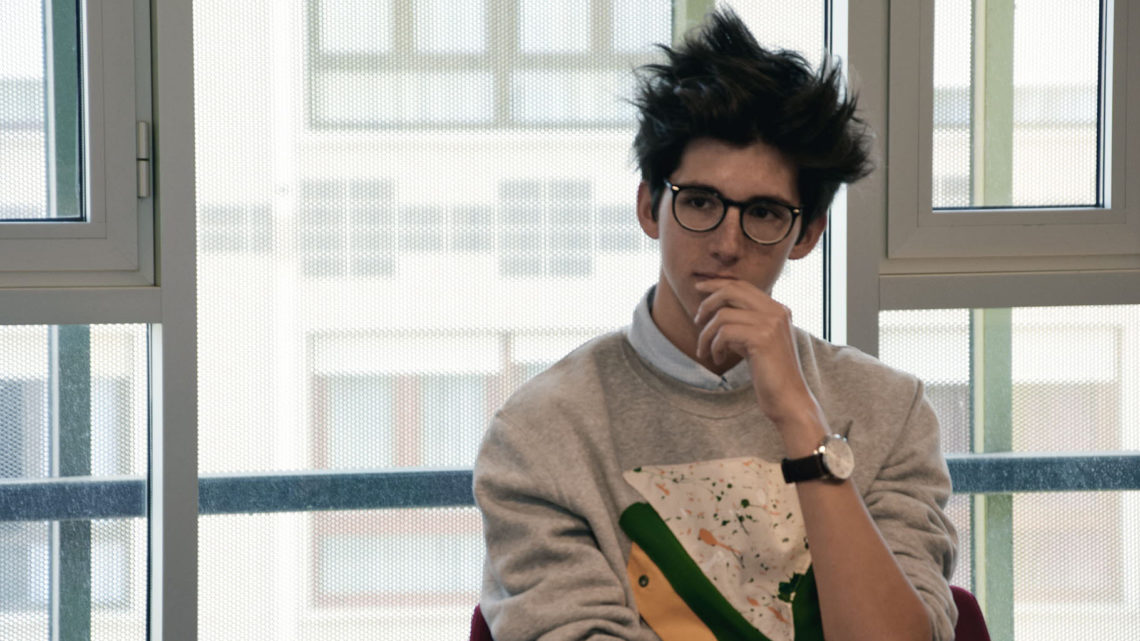 According to the Spanish Statistics Institute, about 50,000 SMEs are dedicated to the fashion sector in Spain. From small workshops to designer firms that are gradually opening a niche in a rather difficult sector in the world of entrepreneurship. “This is a profession with many ups and downs…”, points out Bilbao designer Eder Aurre.

“It takes a lot of sacrifices and hard work and you have to be 100% involved.”

Talking about having your own firm as a designer is intrinsically linked to the fact of creating your own company. “I’ve worked for other firms and I noticed there were shortcomings. I started work and I liked what I was doing in part but, in the end, you realise that you are rather confined because you owe yourself to a label. I realised that I wasn’t enjoying what was really my passion and that is when I decided to create my own label. There are pros and cons. You are gripped by fear and you lose the safety net and peace of mind that comes from working for another label, but you gain other things that you do not have when working for others. I think it’s worth it”, admits the designer. 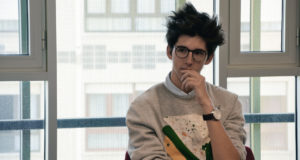 He had always been convinced that he wanted to be involved in the world of art professionally, although it wasn’t until he “tried” fashion design studios that he discovered his passion. “I had a choice of taking advanced vocational training here or going abroad. I decided to try because the idea you sometimes have of a profession may not turn out as you expected. But I realised this was my vocation and my profession”, he says. After finishing his studies, he embarked on an internship at Laga, where he became co-creative director of the firm for three years. An experience that “helped me to become familiar with the fashion industry from the inside and broaden my knowledge”. The creation of his own designs began a little over four years ago, with his participation in CreaModa, an international competition in which the two “looks” he presented won the award for the best collection. “That was the springboard for my solo career and my own label”, he recalls.

It has not been easy, “especially to keep going and, particularly, in Bilbao” where the textile industry is rather limited when compared to Madrid, Barcelona or Galicia. All this bearing in mind that “when you start to design a collection, you come across lots of problems; not only the internal management of the company but also how to produce a collection, where to buy the fabric, at what prices … In addition, you also come across obstacles because different workshops have different manufacturing systems, there are customers who have to be measured in different ways… These are obstacles that you encounter, and they are really very complicated and expensive to solve”, he admits. 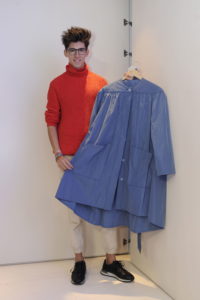 Aurre with one of his designs.

With the experience of time, Aurre confesses that he is in charge of the creative part of the label and that the management and purely numerical aspects have been left in the hands of experts. A key aspect of achieving success. “I think a company works well if you have a good creative team and good brand management”, he says. At the same time, you must not lose sight of the need to “investigate for yourself. Of course, you need to have some knowledge and some studies, but, really, this is a profession in which no matter how much you are told A, B and C, it is never A, B and C”.

The truth is that there is no magic formula beyond “work, work and work. I think that is the word that defines this profession” which, like any entrepreneurial enterprise, requires the utmost dedication, almost 24 hours a day, 365 days a year. “I’d love to have a timetable like most of my friends. But, instead of going to the beach or going out for a drink, I often have to stay on preparing a design, attending to a customer…”, says Aurre. “This is a profession that requires a lot of sacrifices and hard work, but since it’s a passion, you don’t mind doing it. This is a profession for fully committed people, in which you have to be 100% involved and it becomes your life, not just a job”, he says before admitting with humility that “I’ve also been lucky enough to have had the collections and to win prizes and contests because the truth is that I have colleagues who started out with me and who were unable to continue”. This is also where another essential aspect of entrepreneurship comes into play: patience. “You won’t usually see the results within a year, you start to consolidate your position little by little and it requires hard work and effort”.