David Fernández quit his job as an engineer in a multinational company after a decade and after experiencing “great existential emptiness” and ventured into the unknown. At the time, he decided to make a radical change and set out on a one-way trip with his partner, Amaia Maguregui, a social photographer by profession with ten years of experience. This happened in 2017. For 16 months, these 34-year-olds from Vizcaya toured the Philippines, Indonesia, Australia, New Zealand, India and Nepal “as cheaply as possible.” They experienced the way of life of the villages, schools, projects and NGOs they visited. In recent years, David had combined his job as a telecommunications engineer with research and teaching in educational innovation through the Ikaia project. 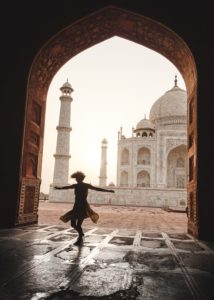 Teaching, his vocation, was precisely the key element of this adventure. They sought out educational projects that could “inspire other schools around the world” and “transform schools as we know them today”. The result was the first part of a documentary that they have titled ‘Searching for Superman, superheroes also exist in real life”, which they have recently presented in Bilbao and San Sebastian and that can be seen on Vimeo.  They have now set off again, this time for Europe. “We had to give it another go and keep collecting projects and experiences that were closer to our reality”, he explains. When they return, they will present the second part of the documentary in an attempt to solve problems that they have detected in the schools in their immediate vicinity.

“We recently attended a Design for Change event, which focuses on the development of the educational system and we shared the weekend with ten teachers who were the tutors of the final projects of this event – he says-. One of the problems we identified was the need for emotional support for teachers because they feel very vulnerable”. The couple insists on “the recognition of the role of teachers at a social level and that they should be better considered than they are, as happens in Finland and other European countries. To see if we can import solutions”.

They observed that education is closely linked to the adults of tomorrow. According to David, it is important to exploit the talents of “kids” in a personalized manner, as they do in Europe, so that their higher education matches their skills. He points out, however, the experience he witnessed in Australia. “We saw that they inform them that there are many possibilities, many routes, and they are open to changing course when necessary. Opening their minds so that they do not label themselves is one of the key aspects, he says. I’ll educate you in music, in carpentry, in a lot of arts and disciplines so that you are prepared to meet any challenge that life may throw at you”.

– Many of them may see this as failure.

– We have to raise awareness among parents because this idea of failure often originates in them. At school, a culture of error must prevail. You make a mistake and it’s not a problem, it’s the first step. What matters is the child’s happiness.

David also reflects on the quality of jobs available to young people. “If the system improves and we innovate in schools, at university, and then they arrive at companies where they become a small piece of the system, they will not be creative and they will avoid teamwork. Nothing makes sense. You are forcing them to go abroad or to open their own businesses. The new generations are going to create a new business fabric that is completely different from the traditional concept of business”, he asserts.

THE IDEAS ARE THE MOST IMPORTANT THINGS 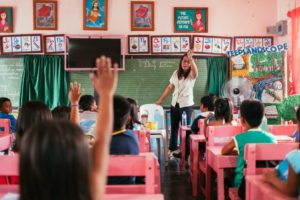 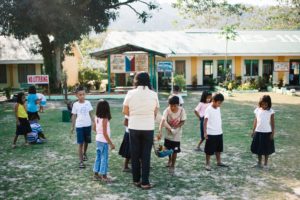 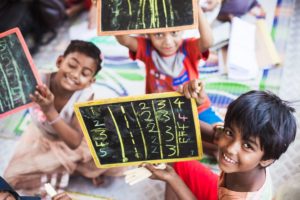 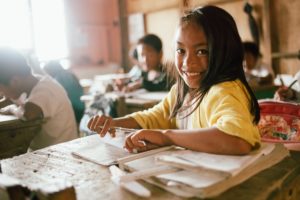 David and Amaia were just turning thirty when they embarked on this project. “I think you have to experience things before feeling them“, he confesses. Young people may well complete their university studies, find a job in a company and decide after two or three years (which has given them time to acquire some economic independence) that they do not agree with the way the business world works. And they come to that conclusion because we have educated them to come to that conclusion. This is the moment when I feel ready to open my own business”. But not everything is a victory. He notes that, at that moment, “perhaps they are already prepared for their first mistake because they will probably not be successful the first time. But if we have educated them well, they will understand that this mistake is the first step to success”. 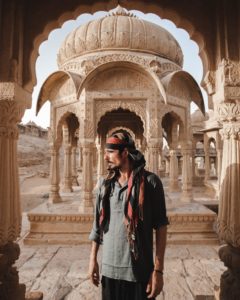 – When you begin to have economic responsibilities, such as a mortgage or children, these projects are often relegated.

– I trust school will also become a place where you are taught to make life choices, to solve vital problems. Realise that, perhaps, the best decision is not to take on a mortgage or have children, but seek a bit of stability first. You have to educate proactive people and people who generate ideas so that they can join businesses and transform them. Schools have to be there for this reason.

– And the economic resources? Are they important when opening a business?

– Ideas are more important. Economic resources, especially to begin with, can help. Having good ideas and good ‘networking’, getting to know people that can help you and who want to work with you is almost more important.

According to David, the experience of the first trip has shown that “we constantly complicate life”. Therefore, the couple’s goal is “to convey that the less we have, the less we need. And that we have to go back to basics. True education is in values, not methodologies”. As they say, the goal of schools should be to “educate happy and self-sufficient people who are aware that they are part of something larger than themselves”. 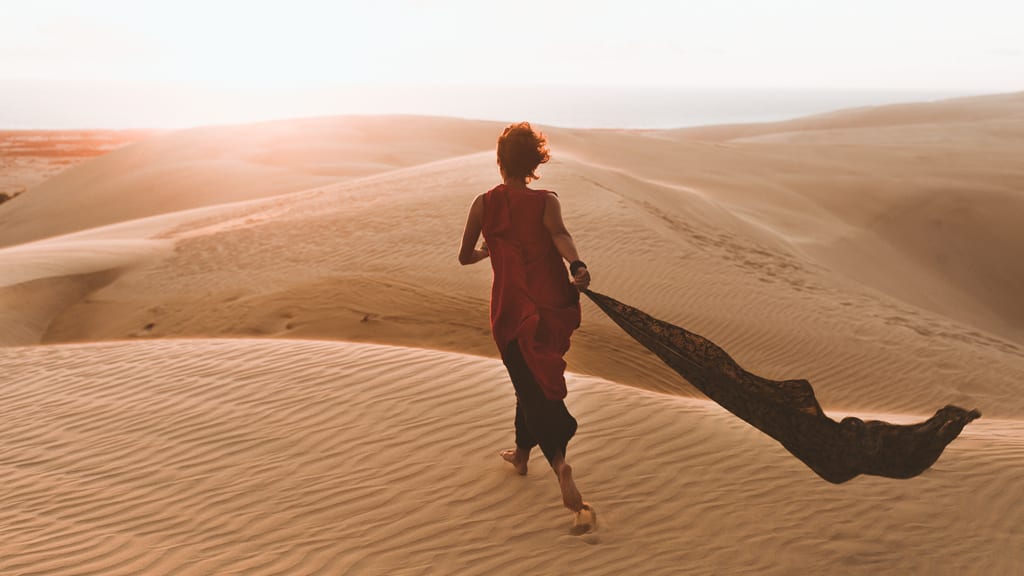