Is studying a PhD worthwhile? 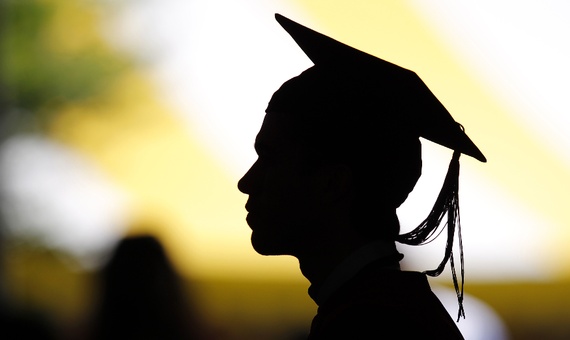 Towards the end of June 2013 the OECD published a report titled, “Careers of Doctorate Holders: Analysis of Labour Market and Mobility Indicators”(*) A brief summary of the study can be found here.

Doctoral graduates account for a relatively small proportion of the overall population but their importance is widely appreciated. Having benefited from highly specialised research training and produced an original contribution to science, doctoral holders are expected to play a key role in the knowledge economy as they stand in a position to drive forward advances in science, technology and knowledge about society.

Evidence of the contribution of doctorate holders to science, innovation and the economy is of high relevance not only to policy decision makers and governments who finance the training of this group of individuals and support their integration in the innovation system; but also to prospective employers in search of specific skills for their workforce; and the individuals themselves who consider whether to pursue doctorate studies and proceed with research or unrelated careers. Unfortunately, evidence is limited and scarce owing, for example, to the fact that standard statistical sources are typically far too small to produce statistically robust results for this population.

There has been a steady increase in the number of doctoral degrees being awarded across the OECD and the evidence points to a sustained labour market premium of doctorate holders relative to other highly qualified individuals in 2009, prior to the potential impact of the economic crisis. In particular, the past decade has witnessed a 38% increase in the number of doctoral degrees, rising from 154,000 new doctoral graduates to 213,000 in 2009.

Although female and younger doctorate holders fare relatively worse in terms of employment rates, this bias is less marked for doctoral holders. Temporary positions are increasingly common in the academic sector, but less so in business. Natural scientists and engineers are more likely to be engaged in research, while social scientists find more opportunities in non-research occupations.

Doctoral holders in medical and health sciences tend to be better paid. Salaries in the business sector are also higher, but there are exceptions. Earnings in agricultural sciences and humanities are below the overall median in most countries.

There is only a weak association between the proportion of doctoral graduates in the labour force and a country’s R&D intensity. Switzerland has the highest workforce share of doctorates with close to 2.8%.

Job mobility differs markedly across countries, which is more frequent among doctorate holders not working in research. Mobility is often higher from the business sector to higher education than the other way around. International mobility, as well as migration of doctoral graduates, has kept increasing over the decade. According to 2009 figures, in countries for which data is available, an average of 14% of citizens with a doctorate have been internationally mobile in the previous 10 years. This is a low estimate since it does not take into account those who are currently abroad and may remain abroad. Individuals in countries that host world-leading research organisations may perceive a lesser need to move abroad. There are also a number of barriers that may explain this low mobility rate, such as economic and personal costs, language differences and the lack of incentives. The main destination is Europe and, within Europe, the favourite destinations are France, Germany and the United Kingdom. The United States figures among the three first destinations.

At least 60% of returnees have been mobile only once during the ten years under review. However, in Spain and some other Eastern European countries, 30% went abroad between two and four times. The length of these stays is more heterogeneous. In general, at least 30% spent less than a year abroad over the previous ten years. In half of the countries, at least 20% spent one to two years abroad while in Spain and Portugal, at least 30% were mobile for a cumulative length of time between two and less than five years.

There are basically three reasons that lead to international mobility: academic factors, job-related or economic factors and family or personal reasons. Their importance is not the same depending on whether mobility is inward or outward. Academic factors intervene in the decision of 43.9% of doctorate holders with intentions to go abroad in the next year, other job related or economic factors for 30.9% and family or personal reasons for 15%. For those returning, the equivalent percentages are respectively 27.5%, 23.6% and 20.6%. There are of course differences across countries and academic reasons seem to play an important role in the decision to go abroad for doctorate holders from Portugal (64.1%), Turkey (57.1%) and Spain (54.1%)

Even when not in research, jobs are in most cases related to the subjects of their doctoral degrees and doctoral graduates are satisfied with their employment situation. A wide range of monetary and non-monetary factors contribute to explaining the attractiveness of research careers. Satisfaction levels on aspects other than pay are particularly high for individuals working in research.

(*) “Careers of Doctorate Holders: Analysis of Labour Market and Mobility