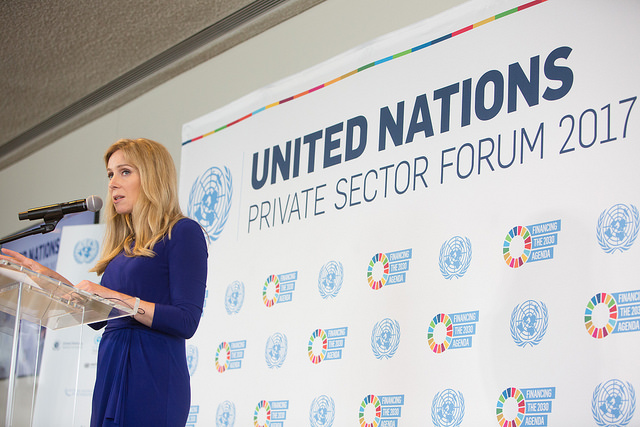 From 17 to 25 September, the 72nd session of the United Nations General Assembly took place. Several high-level meetings, forums and other events of interest were held during those days to deal with the most relevant world issues.

One of the main agents at the said event was the UN Global Compact; a UN Agency tasked with mobilising businesses and organisations around the world to encourage them to contribute to the 2030 Agenda goals. The Novia Salcedo Foundation belongs to the local network in Spain, to which it signed up 13 years ago, and has also been a member of its Executive Committee since last year.

Within this context, the UN Global Compact held the United Nations Private Sector Forum 2017 on 18th September in New York.  All entities were invited to report on the progress made in their respective fields regarding their contribution to the 2030 Agenda.

Novia Salcedo reported on the International Youth Employment Decade Campaign. This project was launched in 2013, and it aims to promote a movement that will provide ideas and solutions to the lack of jobs affecting millions of young people around the world.

Based on the commitment to contribute to the 2030 Agenda, and more specifically to goals 8 and 17, Novia Salcedo, along with 14 other entities, reported on a voluntary basis on all the actions they have carried out to date. The document was published on the Global Compact website.

Similarly, the document briefly mentions the four editions of the Bilbao Youth Employment Forum, an event dedicated to discussing the lack of youth employment in the world and that seeks to enable tools to alleviate this situation affecting young people.

On the other hand, in the document published by the UN Global Compact, Novia Salcedo repeatedly referred to the work being performed to raise awareness regarding youth unemployment in society. One of the most dynamic activities in this regard is the www.youthemploymentdecade.org website, where, since 2014 when it was launched, more than 400 articles, reports, interviews, etc. have been published to raise public awareness on the serious crisis affecting new generations when they try to find their first job.

Finally, Novia Salcedo quantified the budget for the International Campaign since 2013 based on the Foundation’s own financial resources and the sponsorship of public and private entities. 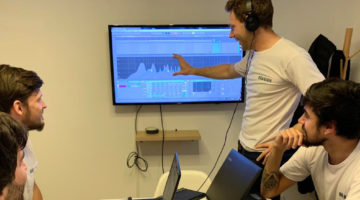