Pegasus strengthened its international presence in 2017 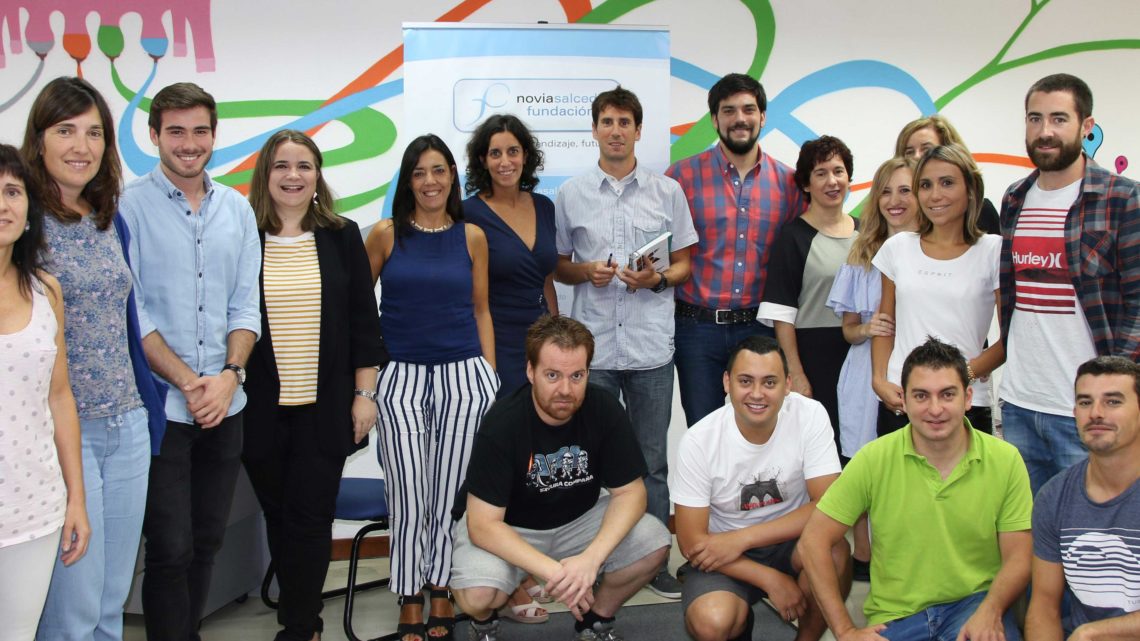 In addition to its participation in major forums, the work carried out by the Regional Committees of Africa and of Latin America and the Caribbean was particularly important

In its fifth year of existence, the Pegasus Project, the International Campaign for a Youth Employment Decade 2020-2030, promoted by the Novia Salcedo Foundation, has gone abroad once again to find support and raise awareness regarding the need to improve working conditions for young people. This is a historical opportunity closely linked to the future of new generations that lies within the scope of Goal 8 of the Sustainable Development Goals set out in the 2030 Agenda and that refers to inclusive and decent work for all. 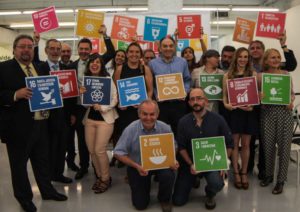 The Regional Committees of Africa and of Latin America and the Caribbean have played an important role this year in achieving this ambitious goal. The latter, coordinated by the Chilean organization ‘Tu primera pega’, has been working intensively to build alliances with governments and businesses to help implement actions that will improve the employability of young people in the region. With this in mind, the project’s goals were presented in forums and seminars in Argentina, Chile, Uruguay, Brazil, Paraguay, Ecuador, and Peru through direct contact with governmental agencies and private corporate entities, and through the media in Argentina and Chile. Currently, 38 entities from 14 countries in the region support the Campaign.

The Committee’s tasks are added to the alliances that Novia Salcedo is building with organisations, such as Jovenes Iberoamericanos to seek the effective participation of young people in the goals that Pegasus is trying to achieve. These contacts have resulted in the presence of the NSF at various forums, such as the World Summit of Public Policies, which was held on 4 and 5 December in Buenos Aires. The Foundation has also begun to work with Fundación Paraguaya, and Somos el Presente, from Peru.

In Africa, the Regional Committee has been working hard to introduce Pegasus into the greatest possible number of countries. The Campaign was presented between 22 and 25 January within the framework of the 1st Youth Conference on African Development and Unity. Subsequently, under the overall coordination of Wilson Ngwa Forbi, from the Integrated Youth Volunteer Foundation, the Committee prepared a cooperation survey aimed at organisations and states that, by completing it, became partners of its overall goal under the title “End Poverty in all its Forms and Create Decent Jobs for Youth”. 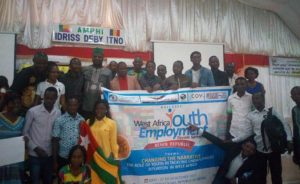 The National Committee of the Democratic Republic of Congo organised, among other actions, a discussion panel to set out a plan involving various stakeholders that would, in turn, lead to a 2020-2030 action plan that will contribute to achieving Goal 8 of the United Nations Agenda. In Africa, 167 entities from 36 countries have already joined the Campaign.

Another way in which the NSF promoted the Pegasus Project was by participating in international organisations, such as the United Nations, and becoming an accredited organisation of the UN Department of Public Information, which is tasked with promoting and raising awareness on key issues included in the Sustainable Development Agenda. In January, the NSF participated in several discussions and events at the UN Economic and Social Council Youth Forum (ECOSOC), where it has a special consultative status. The Foundation took advantage of its trip to New York to take part in the 55th session of the Commission for Social Development, the body responsible for advising the ECOSOC regarding social development policies and their implementation. It was selected from among 66 NGOs to submit a presentation and was congratulated for its content.

Equally, the Global Compact Network, Spain, has acknowledged the work done in these four years of the International Campaign for a Youth Employment Decade, as an example of a good public-private partnership. This experience was published on the Network’s online platform and in a publication released on occasion of the second anniversary of the approval of the SDGs.

The UN Global Compact also displayed an interest in Pegasus in 2017. This agency’s goal is to mobilise companies and organisations to work towards a more sustainable world. At the United Nations Private Sector Forum 2017, Novia Salcedo was one of the fifteen organizations that voluntarily submitted a report on the progress made, by means of the Campaign, regarding Goals 8 and 17 of the 2030 Agenda.

Last but not least, the NSF has pressed ahead with its ambitious communications campaign, not only to promote its activities and achievements but also initiatives by other civil society organisations around the world, that are working on youth and employment issues, so that they can contribute to the project. The publishing of 97 posts in English and Spanish on the Pegasus website, our permanent presence in the social media (671 followers on Facebook and 3,266 on Twitter), the impact that events, such as the BYEF, have had in the media, and the preparation of videos, bulletins, newsletters, and infographs, illustrate the effort made by the Novia Salcedo team.

The fourth edition of the Bilbao Youth Employment Forum in November brought together, once again, major representatives from various countries, social organisations, and businesses to discuss the present and future of youth employment. The main novelty was a discussion panel made up of young people who, through various mechanisms, participated in challenges regarding the 2030 Agenda or aspects that concern them about their future careers.

This activity was the result of one of the goals that Novia Salcedo had established for 2017: involve young people actively in all their activities. In addition to their presence at the BYEF, where 74.28% of the participants were under the age of 30, they have introduced the SDGs and the 2030 Agenda in all the training modules they deliver to the young people. 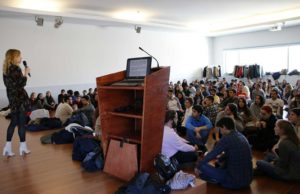 Within the framework of the BYEF, a meal was organised to honour the Spanish Special Ambassador for the 2030 Agenda and the SDGs, Francisco Montalbán, who participated in the Forum. The NSF took advantage of his presence to offer its cooperation in actions implemented in Spain within the framework of its commitment to the 2030 Agenda, and to prepare the first voluntary report on the progress of the SDGs that will be submitted to the High Level Political Forum in July 2018. Equally, the day after the BYEF, a meeting was held at the headquarters of Novia Salcedo involving the representatives of the Pegasus Regional Committees with the partners, the Basque Government, and the Bilbao City Council to study the current situation of the project and set out a plan for the future. In 2017, the Telefónica Foundation also joined the Campaign as a partner.