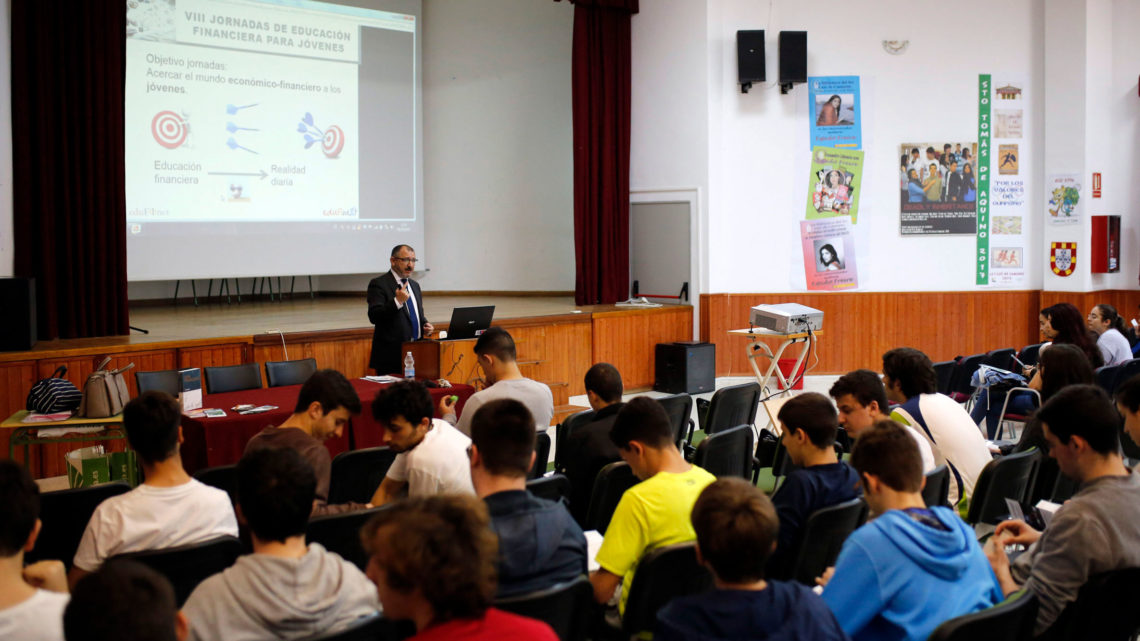 Understanding financial terminology is a complicated task at times. Technical words that are indecipherable, or financial concepts that are beyond our knowledge, can discourage us from starting a business. Therefore, to try to bring financial culture closer to citizens, Unicaja Banco and Fundación Unicaja promoted the Edufinet Project ten years ago. This initiative brings together the main features of the Spanish financial system and the most common financial products. It all comes with practical examples and is available on their website (www.edufinet.com). Furthermore, they provide a printed guide and design various activities aimed at educating citizens.

One of the areas on which Edufinet focuses is youth. Aware of the difficulties young people have finding jobs and the high unemployment rate among young people, Edufinet tries to introduce them to financial aspects that will enable them to work more autonomously and responsibly in the future. Consequently, within the framework of the tenth-anniversary celebrations of this project, Edufinet will be organising the 9th Financial Education Event for Youth People from October to March 2018. This event will take place at several educational centres in Andalusia, Castilla-La Mancha, Castilla y León, and Extremadura. In addition, the yearly organisation of these events has resulted in two financial education awards granted by the magazine ‘Actualidad Económica’ in December. More specifically, the magazine awarded the project the second prize in the Youth category and the Special Prize of the jury for its efforts to bring the world of banking and finance closer to citizens. This magazine wanted to acknowledge the work performed by the Edufinet Project among Compulsory Secondary School students and those in years 12 and 13 through “Financial Education Events for Young People” and the tasks they perform to improve the financial awareness of all citizens.

Therefore, one of the issues these events study is the link between the educational system and the labour market. An issue they addressed in early November with the European Centre for Innovation and Entrepreneurship (ECIE) on a discussion panel. Both organisations agreed on the need to promote entrepreneurship as an alternative to youth unemployment. Under the title ‘Connecting the Educational System to the Corporate World: the Need to Promote an Entrepreneurial Culture’, the discussion panel brought together various economic and social agents and institutions. They analysed the causes of unemployment among young people and the role played by the various educational systems in response to this problem.

Furthermore, those present identified possible studies and skills that could lead to better professional careers, the degree of entrepreneurship in various European societies, and the strategies required to promote an entrepreneurial culture. One of the issues discussed focused on the impact of automation in production processes on many professional profiles.

The forum took place within the framework of the 9th Financial Education Event for Young People. It brought together José M. Domínguez, director of Edufinet and general manager of the general and technical secretariat of Unicaja Banco, as well as representatives from educational centres from eight European members of ECIE.

Since the emergence of the Edufinet Project in 2007 – although it began to be designed in 2005 – more than 71,000 young people have participated in events and meetings with a view to improving their financial skills. More than a dozen corporate institutions and organisations, as well as thirteen universities, including one from abroad, collaborate with the project. Furthermore, the www.edufinet.com website has received more than 6.6 million visits from almost 180 countries.