The source of future engineers lies in the Basque Country

Once again, it has been proven that young people today are the most highly skilled generation. Alberto Figueroa and Olatz Cánovas are the big winners of the Euspen Challenge 2015. This competition has been held every year since 2010 and seeks to identify future talents in precision engineering. Promoted by Euspen, an international platform dedicated to promoting technological developments between companies and research institutes, 27 participants of 20 nationalities, including nationals from the USA, China, Japan and various EU countries, gathered in Stockholm (Sweden).

Figueroa and Cánovas, first-year students of Master’s Degrees in Industrial Engineering, were acknowledged as the best in the “Best General Solution” and “Most Innovative Solution” categories, respectively. For a period of eight hours approximately, and in groups of three people of different nationalities, the participants had to develop a machine capable of measuring coordinates using “household” materials, says Cánovas. Participants had to manage with a computer webcam, a basic assembly kit, masking tape, cardboard boxes, coloured cardstock and software provided by the organisation.

Both students are specialising in mechanical engineering and, in order to reach the final round, Alberto and Olatz had to overcome a series of tests at national level. Only the winners from each country travelled to the Swedish capital. However, both students remember that it was their end-of-degree professor who encouraged them to apply. They had nothing to lose, so they entered the first phase and made it through to the final. “The prize was almost ours”, says Figueroa, who admits his surprise when the jury published their names as winners, in spite of the fact that certain aspects of the machine were not ideal: “accuracy was not good, although the presentation was”.

“Happiness, surprise and satisfaction” were the feelings Olatz Cánovas felt when he was told he was the winner in the innovation category. In spite of the fact that the participants hardly knew each other, “we established a relationship during the first day with a series of tests set by the organisers”. In addition, we must mention the difficulty of the competition as, in words of the students, “it is not easy to compete against rivals who have doctorates and other higher studies”. Furthermore, each group had to explain their project before the jury. However, the prize was for the effort made during that whole day.

In relation to the good reputation of the industrial engineering sector in the Basque Country, Cánovas stated that this region was an “example” given the existence of many large companies, some of which are dedicated to aeronautics. On his possibilities, Figueroa did not want to look too far ahead in spite of the fact that various professors state that this sector has not been so severely affected by the crisis, although he said: “if I have any offers to work abroad, I wouldn’t hesitate”.

Students from the Higher Technical School of Engineering of Bilbao (ETSI) have won prizes at the Euspen Challenge in previous editions. During the first edition, three ETSI students won the national phase and one of them was on the winning team at European level. Winners in various categories in the 2012 edition, they reached the final in the following year and won it. 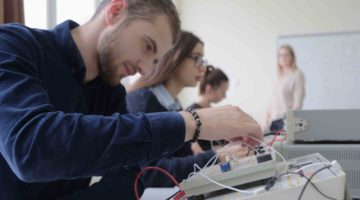 Seat is seeking a new generation of mobility leaders 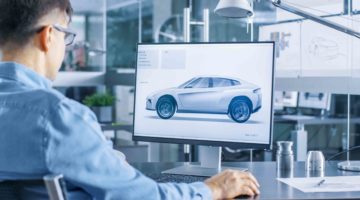