“From concern to action”; youth unemployment in Latin America 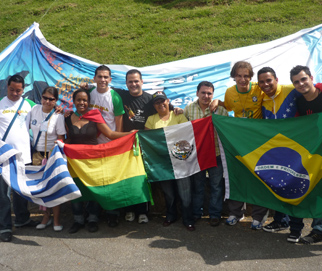 It is hard to believe that Latin American youths are going through difficult times when the economic growth seen in this continent in recent years has been unparalleled in contemporary history. But the real situation is different. “It is clear that growth is not enough, we need to move from concern to action”, said the ILO’s regional director, Elizabeth Tinoco. “It is no coincidence that young people are supporting protests in the streets when their lives are marked by discouragement and frustration due to the lack of opportunities. This has implications for social stability and even for democratic governance”, sentenced Tinoco, quite rightly.

108 million young people live in one of the continents with widest cultural diversity in the world. 14% are unemployed -accounting for 43% of the total number of unemployed people in the region- and the vast majority emphasize the precariousness of their jobs once they manage to access the labour market. In spite of the data provided, we must not yield to the temptation to analyse Latin America as a whole, as each country has its specific problems when it comes to young people. “If we are referring to the southern cone, it is probably youth unemployment, in Central America, it’s violence (…)”, commented Alexis Ramirez, secretary general of the Latin American Youth Organisation (OIJ).

Argentina, Brazil, Costa Rica, Peru and Uruguay are examples of how specific policies have been implemented in recent years -training to progress from school to work, the promotion of employment through incentives, entrepreneurial flexibility…- to deal with this serious situation that millions of young people are going through on the other side of the Atlantic.