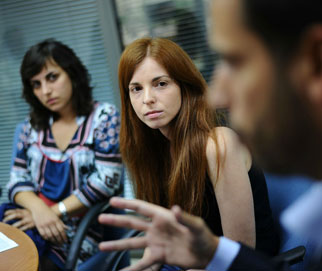 Youth unemployment and its economic and social consequences is a major concern in  the European Union. The Youth Guarantee system, created to facilitate the access to the labour market for young people under 25, joins now an initiative that is expected to create 140,000 paid training agreements in European companies for unemployed young people. This was agreed by the Education Ministers of the EU, the European Commission and the social partners at Riga. The aim is to improve the quantity, quality and image of the practices and prepare young people to succeed in the world of work after finishing their studies. Marianne Thyssen, European Commissioner for Employment, said the initiative will create “new opportunities for young people to learn the skills and gain the experience needed in the labour market”.

The agreement includes the commitment of companies such as  Adecco, BMW or AXA for hiring young people within the European Alliance for Education, a platform that has the participation of more than 80 companies, institutions and public agencies. Temporary work agency  Adecco is committed to provide by 2017 a possibility of 5,000 young people working either in the main or associated companies. For its part, the German car manufacturing company will accept 1,500 new young trainees each year as part of their international training program, through  which the people finally recruited will combine practical training in Germany with the acquisition of a qualification in Spain. AXA has  also announced that 10,000 contracts and other paid training agreements will be supported by 2018