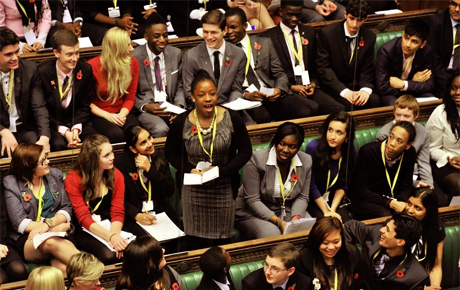 Juliana Bidadanure claims that UK young people are disadvantaged economically yet politically marginalised and demonised. Are youth quotas in UK parliament part of the answer? It is now widely acknowledged that young generations are faring particularly badly in Britain.  There is growing concern for a ‘jilted generation’ burdened with debts and structural unemployment. In 1992, the unemployment rate of the young was twice as high as for the rest of the population; two decades later, it is up to four times higher. Even when they do have jobs, young people are disproportionately likely to be in precarious positions such as zero-hour contracts, temporary contracts and unpaid internships. This attitude to young people is not without consequences.

According to ‘OurKingdom’ it is time for change. The youth must be included in political deliberations so that they may contribute to the making of the policies that affect their lives, instead of being subjected to both structural unemployment and precariousness, on the one hand, and policies driven by populism and age prejudices, on the other. There are a number of possible ways to improve youth involvement in formal politics. The introduction of quotas in parliament for young people under the age of 30 years old – for instance, through reserving 50 seats or more for the age group 18-30 years old – could be an important part of the solution for at least 6 reasons:

6) To further entrench a conception of parliaments as “for the People” and shift the burden of proof over representation.