“We are getting businesses support youth employment” 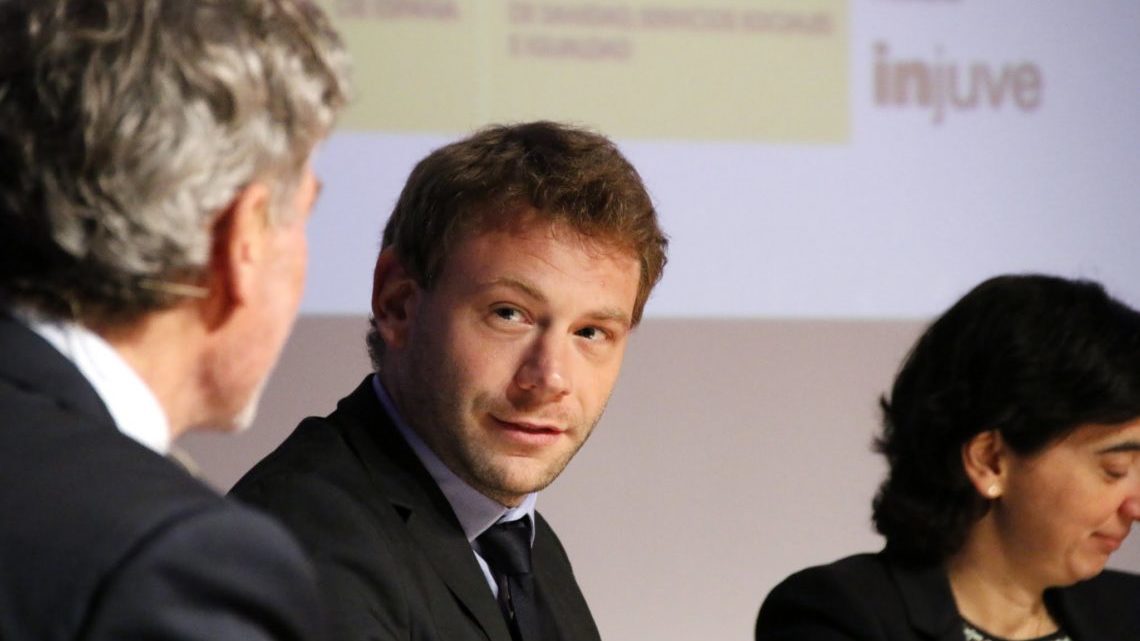 Javier Krawicki, founding partner of TuPrimeraPega.cl and president of the Committee for Latin America and the Caribbean

What is the situation of youth employment in Latin America?
It is one of the continents, along with Africa, which has to cope with the greatest challenges. We are going through a situation in which there are many young NEETs in Latin America, and most of them are women. This situation is why we need to address two key issues: on the one hand, we must reduce the number of young NEETs in the entire region and, on the other, we have to ensure the integration of women. In this particular case, much of the problem lies in a very common situation throughout the entire region: many are mothers who had children at a very young age and start to look for jobs after having raised their children. And a very common issue in Latin America is the concern that these women may go absent from work to look after their children, or because they will become pregnant again…, so the truth is that many businesses decide not to employ them. It is a very big problem that we are trying to address by finding ways to help them reintegrate into the labour market.

There are also countries like Chile where, after the efforts made by the public and private spheres, there has been a decline in the number of unemployed youths from about 685,000 to about 609,000. Excellent news due to the joint effort of various institutions such as ours and many more and, of course, with the help of the Government. In Mexico, the youth employment issue is slightly better controlled. Unlike Argentina, where unemployment indicators are increasing and affect more than one million young NEETs.

What is the roadmap to put an end to these challenges?
The youth unemployment rate in Latin America, as a region, is expected to remain the same or, unfortunately, increase in 2017. And that is terrible. Therefore, we have to work from two perspectives: on the one hand to address issues relating to youth employment and, also, we have to do something that is very important and is related to the educational component and the skills young people need when they go out to find their first job. We have to try to find out whether the technical schools (schools and secondary education) are aligned with the material or the skills that companies need today and in the future.

In this regard, we are trying to work as a tripartite body in conjunction with the Government and businesses to sit at a table, see what skills young people need today and in the future, and how we can address this from the field of education. Because when you speak with the Government, they are concerned about young NEETs, by unemployment, by the lack of diversity…; you speak with businesses, and they say that they lack the talent they need; you talk to young people, and they say they can’t find jobs. There is certainly a problem in that cycle, which is what we are working on as the connecting rod among these three stakeholders to ensure that young people are satisfied with decent and formal jobs; that the government, through its public policies, can promote youth employment; and that companies receive the appropriate skills they need. We have to sit at the same table to reach a consensus and a shared agenda, something that does not exist in Latin America.

What plans or strategies are currently in the pipeline?
We are having frequent meetings with the government and businesses and arranging joint discussion forums. What we are ultimately achieving is to bring these parties together and provide a level of synergy between them. In addition, as ‘Tu primera pega’ and ‘Tu primera laburo’ (Your First Job), we do not have any political affiliation and, therefore, we can sit at a table simply as young people, knowing what we want and what we don’t. We try to act as mediators, and it is working. In fact, many Latin American governments offer businesses benefits if they hire first-time workers by contributing to part of the salary, and the businesses don’t know this. It is all in the air and what we want to do is to “sit down, explain how it all works, and implement it”. Thus, you improve employability, a better connection between the Government and businesses, and all for the benefit of young people, for a better quality of life.

Since the Latin American Committee was set up, are you seeing a greater response regarding cooperation?
Without a doubt. I believe there is currently a severe institutional vacuum and that institutions, such as the Novia Salcedo Foundation, ‘Tu primera pega’ in Chile or ‘Tu primer laburo’ in Argentina, are needed. We need a lot of them. And when we meet with the ministers of labour, education, INJUVE… they are very receptive, and so are businesses. We are getting businesses to support youth employment. We, as coordinators of the CAM and the Caribbean area, are convincing large corporations, such as McDonald’s, to support youth employment. McDonald’s hires 90,000 young people a year in Latin America. How are they not going to support an initiative like this one?
The institutional vacuum was the problem. The good news is that we can now do this work and do it jointly. And the initiative, from the point of view of the coordinator of the CAM area, is without a doubt that all the regional coordinators should support the common goal set out in the ‘Pegasus’ project.

What is the immediate challenge you are working on?
The immediate challenge is introducing ‘Tu primer laburo’ in Argentina. In Chile, we have generated 20,000 jobs in two years, and we have helped 10,000 young people join the labour market. For 2017, our internal goal for Chile and Argentina is to generate 80,000 jobs and find employment for over 80,000 people, which are two different indicators: one is the creation of jobs, and the other is placing young people in them, because we have generated 20,000 jobs, but we were able to place 10,000 young people. This is because, on many occasions, we create the jobs, but the companies hire young people who have not necessarily received advice from us.

The immediate challenge is to give priority to the ‘Pegasus’ project in the coming year and try to see how we can take advantage of synergies on all the continents, each one with its challenges and problems, to generate employment on a larger scale. 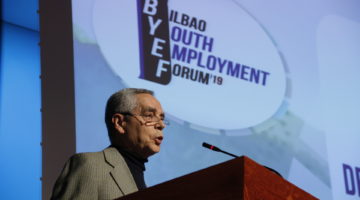