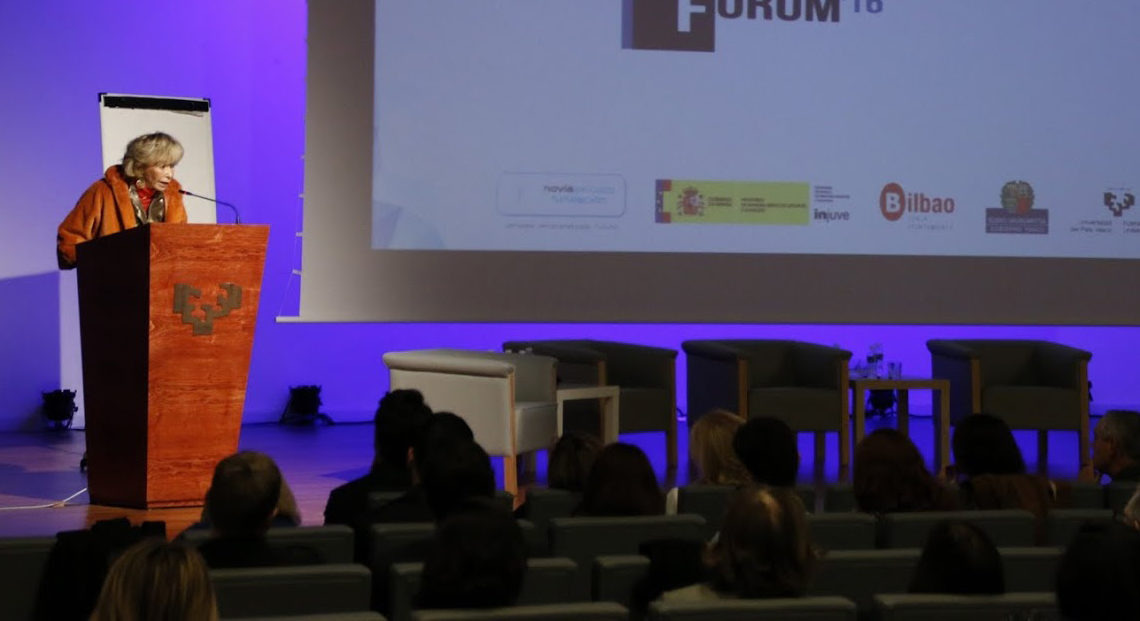 The III Youth Employment Forum organised by the Novia Salcedo Foundation is gathering representatives from various international agencies in Bilbao to lay the foundations of a global project to create decent, high-quality employment

“75 million young people around the world cannot find jobs”, complained Joaquín Nieto, director of the International Labour Organisation (ILO) Office for Spain. An alarming figure for a problem that is affecting more western societies increasingly and that is being addressed by numerous institutions and organisations with a view to finding a solution. With the goal of beginning to find a common and comprehensive way to help put an end to this scourge, the III Youth Employment Forum was held this week in Bilbao on the initiative of the Novia Salcedo Foundation. A meeting that brought together many key representatives of international agencies that specialise in putting together teams and organisations dedicated to achieving the 2030 Agenda goals; especially goal number 8 related to the creation of decent work and economic growth, within the framework of the International Campaign for the Proclamation of a Youth Employment Decade driven by the Novia Salcedo Foundation.

Youth unemployment is a problem that is “particularly sensitive to economic cycles”, as stated by the Basque Deputy Minister of Employment and Labour, José Andrés Blasco, and that is, unfortunately, continuing to grow. In fact, the Basque Country has a youth unemployment rate of slightly over 23 %; a rate that, despite not being the highest in Spain, is “very significant” and ten points above the European average. In addition, we must not overlook the fact that youth unemployment may have a negative effect on society in two ways, because of the psycho-social problem it poses for young people and the terrible threat to the economic system given the limited return on investment regarding the education of young people who will now not be able to join the labour market.

Here lies the importance of the global panel discussion during the III Youth Employment Forum, which pursued two main goals: to identify the key challenges governments and institutions in the field of education and decent employment are facing, and develop a common methodology that will result in designing teams and setting up organisations committed to the 2030 Agenda.

A joint effort that, as noted by the Vice-Chancellor for Studies, Employment and Social Responsibility of the UPV/EHU, Maite Zelaia, 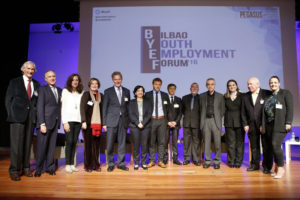 “the university must join with a view to creating quality employment”. Universities must also enhance dual training to promote and facilitate the integration of students in the productive process. This is a field in which Novia Salcedo Foundation specialises. Over the last year, the organisation has offered about 850 young people the opportunity to have their first contact with the working world through paid internships in approximately 300 businesses, “with a stable labour rate of around 69 %”, as indicated by the president of this foundation, Luis Cañada.

The solution to this serious problem lies within the framework of the International Campaign in favour of Youth Employment, an initiative headed by the Novia Salcedo Foundation to proclaim a Youth Employment Decade and achieve goal 8 – promote sustained, inclusive and sustainable economic growth, full and productive employment and decent work for all  – of the 2030 Agenda for Sustainable Development. A “more universal, comprehensive and innovative” project, according to Marta Pedrajas, Policy Specialist in Human Development Programmes at the UNDP, which must address “one of the great challenges of the present world: unemployment, especially among young people”.

And once the goal is clear, how do we proceed? “In a coordinated manner,” says Pedrajas, mainly by promoting awareness and fostering agreements between all the agents involved; adapting plans to achieve the sustainable development goals, making horizontal policies more consistent so that the parties involved will be out of their comfort zone and work together, and applying vertical policies that originate in central governments and spread to regional and local administrations. “Investing in certain policies, such as gender equality or youth employment will have a greater impact on the Agenda”, stressed Pedrajas.

An example of this was the panel discussion that, moderated by Professor Michael West of the School of Management of Lancaster University, laid the foundations for putting together a team capable of combining efforts and synergies to promote ideas and use best practices in place in various parts of the world so that they can be applied worldwide “so that, by 2030, there will be no person without quality employment”.

Comprised by Javier Krawicki, founding partner of the tuprimerapega.cl website and president of the Regional Committee for Latin America and the Caribbean; María Jesús Novo, coordinator of the Employment Decade Campaign at the Novia Salcedo Foundation; Marta Pedrajas, policy specialist for human development programmes; Elena López, head of the Employment Innovation Observatory; and José María Párraga, director of the technical division and operations of the INCYDE Foundation, the panel established, as one of its goals, to “coordinate efforts to influence and mobilize governments, civil societies, and private and public organisations, to make decisions and create agents and the necessary measures to encourage the creation of jobs for young people”. 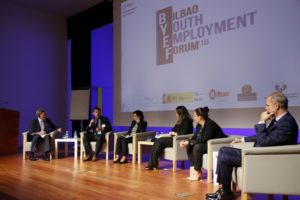 The III Youth Employment Forum organised by the Novia Salcedo Foundation witnessed the presentation of the ‘United Nations Global Initiative on Decent Jobs for Youth’ by Joaquín Nieto, director of the International Labour Organisation (ILO) Office for Spain.

With around 3,000 million workers in the world, of which only around 20 % have “decent jobs”, according to Nieto, the ‘Global Initiative on Decent Jobs for Youth‘ is a UN project aimed at providing a collective response, involving more than a score of UN agencies, to the mandate set out in Sustainable Development Goal 8 of the 2030 Agenda.

The road map for this global initiative includes creating a ‘wide-ranging alliance’ that brings together the private and public sectors, civil society, business organisations, trade unions and youth associations, as well as academic institutions to favour policies that will result in new quality employment opportunities and possibilities for the world economy and in helping young people to develop the skills they need to compete in today’s labour market.

To achieve this, Nieto indicated certain guidelines that this initiative should contemplate: the different nature of young people, provide a gender-based approach, offer funding opportunities, promote active employment and social protection policies, promote the participation of youth organisations and build on existing platforms “that have brought us this far”, says Nieto.

A ‘Global Initiative on Decent Jobs for Youth‘ which, together with Novia Salcedo’s Pegasus Project, “has contributed to the existence of a youth employment decade. Let’s carry on working”, concluded Nieto.