The future of the American Continent: youth employment 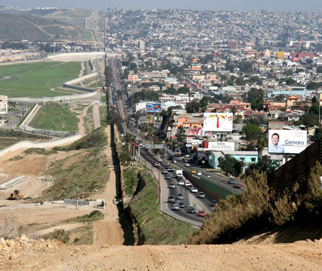 All that is needed is some basic information on the daily situation on the border between Mexico and the United States to realize the need that many young people in America have to get a decent job. The idea of employment goes far beyond simply getting a salary; it is closely related to human development. A job enables a young person to achieve personal and professional stability; it promotes the development of the country and keeps young people away from hostile environments. These environments have truncated the development and potential of some of the 150 million young people in Latin America, according to data from the Organización Iberoamericana de la Juventud (OIJ) (Latin American Youth Organisation).

This dramatic situation is not only seen on the border between Mexico and the United States, where more than 47,000 people – mainly young people – try to cross each year to achieve a long-awaited ‘American Dream’ that represents a whole new world of opportunities. A dream for which 500 people a year sacrifice their lives – according to data from the Excelsior newspaper – in the inhospitable Sonora Desert. Unfortunately, this situation is not unique to that region of the continent; one of the borders where, within a distance of just a few metres, one can see the difference between prosperity and need. The endless suffering Latin Americans must endure begins on the borders of Central America. A journey that takes place between Tierra del Fuego and Rio Grande, thousands of kilometres fraught with danger and with the melancholy of leaving all your family and your life behind.

There is also another side to all the hardships that men and women – sometimes with children as their companions – endure. A cruel aspect in many ways. Criminal organisations take advantage of this situation because illegal immigration is a business for the cartels that is worth millions of dollars. A task in which the ‘Coyotes’ – the people responsible for guiding undocumented immigrants – proclaim themselves to be fulfilling a “social need”. According to the heart-rending testimonies of the immigrants themselves, the cartels control the entire journey, generally in the Beast, the train used by undocumented people through the Mexican section of the route.

In spite of all the sacrifices and risks involved in the trip, a young, 16 year old Honduran assured in an interview: “I prefer to die in the desert than to stay where I am”. This reflects the real drama of emigration where the life of each person in many parts of Latin America has been devalued through insecurity and the impunity enjoyed by many criminals. Young people are the main victims of this context and seek protection in places other than their own.

The idea is to create institutional bases in Latin American countries where employment serves as a backbone for human development for millions of young people. Therefore, it is no coincidence that the OIJ is going to open an office in Central America, since this is one of the regions where active policies that combat the precarious situation in which young people have been trapped for decades are needed.