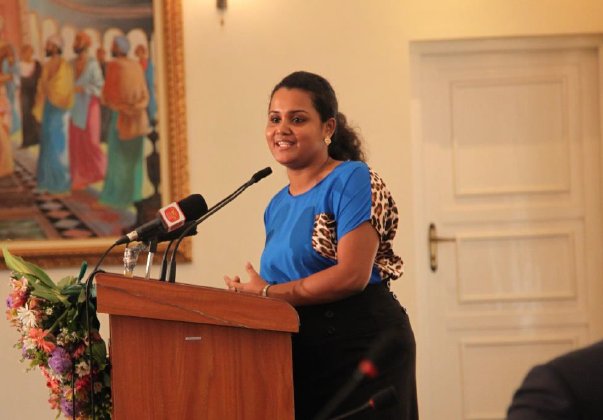 Jayathma Wickramanayake (Sri Lanka, 1990) has been appointed by the Secretary General of the United Nations, the Portuguese Antonio Guterres, the new head of the Office of the Envoy on Youth.

Jayathma Wickramanayake, replaces Amhed Alhendawi who has held the office since 2013. She is not unknown on the international stage and, more specifically, on youth-related issues. She was one of the promoters of the World Youth Skills Day and, at a domestic level, she has been a key figure in promoting a civil and political movement called Hashtag Generation, where young people and their role in society were the main goals.

She is the first woman to hold this position since the office was created four years ago. In addition, she is young and renowned for her knowledge of the Sustainable Development Goals, the cornerstone of the United Nations 2030 Agenda.

She is currently working as a civil servant in the Sri Lanka Administrative Service. Wickramanayake has previously served as the secretary to the Secretary-General of the Parliament of Sri Lanka (2016-2017), on the International Youth Working Group at the World Conference on Youth 2014 (2013-2014), and as the official Youth Delegate to the United Nations, Ministry of Youth Affairs, and Skills Development (2012-2013). She has also been a senator in the Sri Lanka Youth Parliament (2013-2015).

Next post [:en]Being an entrepreneur has nothing to do with age[:es]Ser emprendedor no entiende de edades[:]