La Rioja, Madrid and Navarre, autonomous communities where it is easiest to set up a company 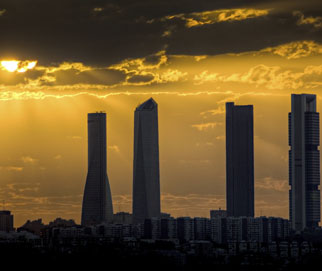 Entrepreneurship is one of the options that many young people with a mind for business attempt if they do not want to wait for a company to offer them a job, especially in this scenario still noted for job instability. However, setting up a business is not easy and there are many differences regarding the time needed to process all the licences and documents depending on the region or country where the future businessman lives.

A study conducted by the World Bank measures the business climate in the 17 autonomous communities and in the autonomous cities of Ceuta and Melilla and has uncovered, for example, that opening a company in Andaluciía is easier than in other regions given the extensive use of electronic platforms. In the overall classification, Catalonia is sixth in this business thermometer, behind Extremadura and the Community of Valencia, although getting connected to the power grid is easier in Catalonia because collegiate certifications are not required and the electrical installation is based on a simplified authorisation system.

The director of the global indicator group of the World Bank, Agusto López Claros, considers that achieving greater cooperation among the various levels of government and institutions is “essential” and highlights the red tape caused by city councils. Furthermore, he states that the average number of processes required in Spain is five times higher than the average in the European Union. On the other hand, while a company can be set up in New Zealand in a single process, in Slovenia in two, Portugal in three and in France and Italy in five; 9.5 processes are required in Spain. Furthermore, the number of days required to establish a business in Spain stands at 17 on average compared to 10 in the EU. López Claros indicates, however, that the cost of opening a business is not very different to the European average.

The report recommends simplifying the processes and reducing municipal rates for starting up businesses as a way to improve the business climate. It also advocates improving transparency calculating notary and registry fees and eliminating or reducing the minimum capital required to set up a company.

The study, the first of its kind by the World Bank on Spain, compares commercial regulations that affect SMEs based on four indicators: setting up companies, obtaining building permits, obtaining power and registering the property. Regarding electric connections, the report reveals that regional processes are longest on average. While Navarre, Catalonia, Asturias and Castilla y Leon provide the best data, Murcia, Canary Islands and Aragón are at the bottom of the list.

To improve this situation, especially in regard to the EU average, the World Bank advocates reducing connection costs, minimising the financial burden of sureties and eliminating the collegiate certifications, among other measures. According to López Claros, Spain has improved its competitiveness as a response to the crisis but he warns that to ensure the sustained growth of the economy, more must be invested in education and in “a regulatory environment that is friendly and encourages job creation”.

Tips for your first job interview 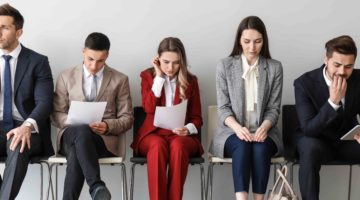