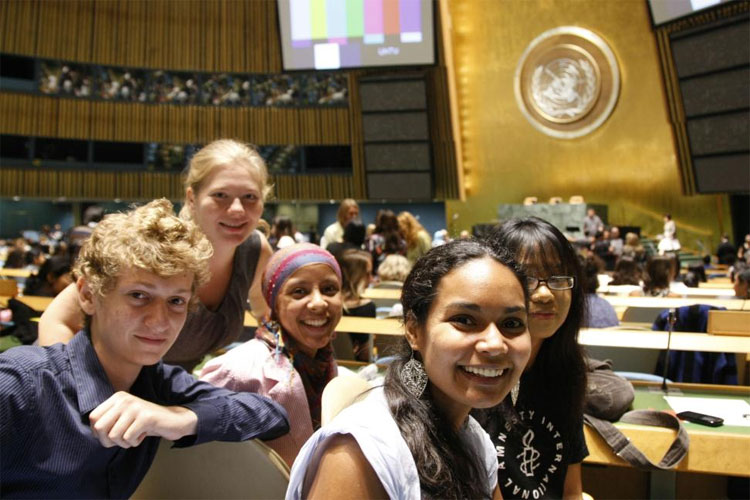 Since the ECOSOC Youth Forum was established in 2012, the platform has been recognised by the United Nations in its 2030 Agenda as one of the most direct tools in the field of youth participation in the most significant issues of today.

This sixth edition which will take place on 30 and 31 January 2017, and the topic will be the role of youth in eradicating poverty and promoting prosperity to change the world.

It is a matter of the utmost importance. Young people have been one of the social groups that have disproportionately suffered inequality and the rapid spread of technological innovations. The increased digitalization of the economy has had tangible consequences, such as the immediate disappearance of jobs that used to be performed by people and are not performed by robots. Currently, the labour market demands highly skilled workers with specific skills.

In that sense, one of the aspects that shall be addressed during the two days of the ECOSOC Youth Forum is, precisely, how to achieve shared prosperity without leaving anyone behind.  The latter is a latent concept included in the 17 Sustainable Development Goals that the United Nations General Assembly adopted in September 2016.

In addition to the eradication of poverty, various discussions will take place during the ECOSOC forum regarding young people and their common denominator will be the role of young people as a multiplying force in driving change and deploying the above-mentioned SDGs.

Therefore, many agents engaged in youth-related work will land on the island of Manhatten this weekend. From civil society agents – such as Novia Salcedo through the International Campaign for youth employment -, to government agents, etc. A unique opportunity in which the most important youth-related agents can strengthen ties and work together