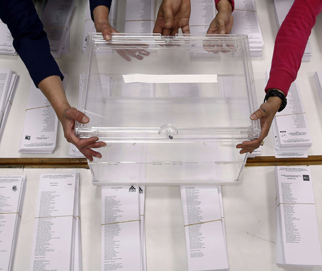 Le Monde has recently published the results of an opinion poll about the perception of political life among French youth. The survey was ordered by the Association of the Foundation Student for the City, and ran from the 16th to the 20th of last December among young people aged between 15 to 30 years old. The conclusion is that youths move away from politics but not because of a lack of interest, more the opposite. They want more democracy and would like to better understand how it functions. We think it is likely to be a reflection of what is also happening among the youth in our country and for that reason we highlight the survey here.

Céline Braconnier, sociologist and lecturer at the University of Cergy-Pontoise, talks about the results of the survey.

Q: How is the distrust that young people have towards politics manifested?
R: Politics is important for only 55% of the youths questioned, far behind health, the family, leisure, friends, private life or studies. This distance is however observable in all age groups: it does not belong only to youngsters. And though it is often said they are suspicious towards communication medias, the survey shows that 83% of young people declare to regularly follow current political affairs, and among those of high school age, 88% do it via the most frequent media – television.

With regards to political practices, young people remain interested in the presidential elections, in which they hugely partake, as the figures of participation in their country in 2007 show- at more than 80%- and, to a lesser extent, in 2012. On the other hand, once the intensity of the campaign decreases, young people are the first to become disinterested; less than one of two youths voted at the municipal elections 2008 and the gap widens among those with a degree and with employment or integration difficulties, who are the ones who abstain the most. With respect to the other modalities of politic expression, only a minority, often those with degrees, adopt them.

Q: The survey shows that only 25% of youths have already attended a public consultation meeting, whilst 56% states having helped a person or an association (63% among high school students) and 66% wish that civic service becomes compulsory. The local and concrete action seems then to mobilise them: isn`t that a form of interest for politics?

R: The distance that young people keep with respect to traditional forms of politic expression doesn’t necessarily mean that they withdrawal onto themselves. If only 5% of the surveyed youth declare to be members of a trade union and 7% of a political party, that is not because they express a rejection of these traditional forms of commitment, but because of their lack of knowledge about these institutions. Thus, a majority of them desire to know more about the organizations and about how to interact with them.

When questioned about what should be done to improve democracy, 78% of these youths also wish for political life to be addressed and explained at school. This is a very interesting element of the survey because, after three decades, the forms of political leadership of working-class neighbourhoods or workplaces, previously supported by the associative world, have become completely unstructured and have not been replaced, leaving families the task of ensuring the politic socialisation of their members exclusively. But political inequalities are also what families pass on. Schools can only compensate by facilitating references to children that grow up in a very apolitical environment.

In short, the survey shows that three fourths of youths want the administrative procedures to vote to be simplified, that which at first sight may look paradoxical because they belong to a generation that has profited from the ex-officio voter registration at 18, a rule implemented in 1997. The problem stems from the fact that youth don’t know they are required to re-enrol when they leave their parents’ home, and later, every time they move. This setback, considering the great mobility of the young, feeds the abstention.

Q: Half of young people do not want foreigners to exercise the right to vote at the local elections. Is that shocking?

R: No, the answer to this question varies depending on their political views: young left-wing people greatly wish for this right to be granted, but this is not so of the others. 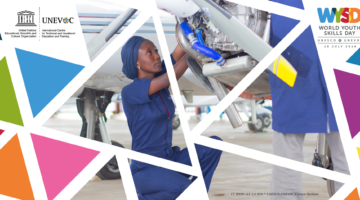 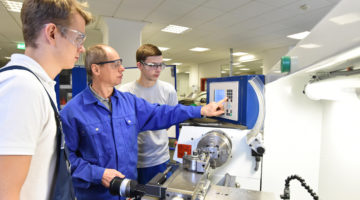 Training in catering for young people at risk of exclusion 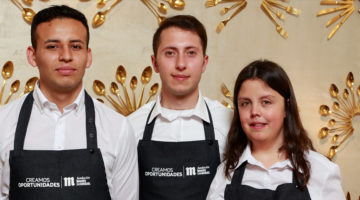