“There will be no peace without jobs for young people” 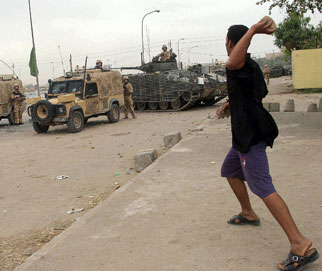 A shared feeling among young people worldwide is the difficult era people are experiencing due to the persistent economic crisis. This situation implies serious consequences that are severely affecting the future of young people who identify less and less with the decisions taken by their governments and political representatives. The terrible images we have seen in the ‘Age of Catastrophe’, in words of the prestigious historian, Eric Hobswawn, do not seem to disappear from the collective imaginary and in the twenty-first century we are still witnessing wars that, it was said, would never be repeated.

Violence – in its various manifestations – is a regular occurrence in cities around the world. We no longer fight in the forests and in arid deserts; now cities are in the public eye, as we have seen from the images that reach us of the various “hot spots” around the world. Young people are one of the catalysts of these scenes. In most cases because they have no long-term future prospects. It is very difficult for young people from Iraq, Syria, Nigeria… to build a career or simply plan for the future when Ares calls and infuriates the horses pulling his chariot. This is particularly true of humans because we are guided by our feelings and, when we come across the injustice of armed conflicts waged in our own streets, we see future or homeland worth mentioning.

Forum for Cities in Transition

During the fifth edition held in Belfast a few weeks ago, 14 cities that have known the horrors of war came together to share initiatives to learn from each other and to share experiences. Belfast, Sarajevo, Baghdad, Jerusalem, Haifa, Mostar, Tripoli … all have first-hand experience of how a city, no matter how densely populated, can become one of the hot-spots in armed conflicts.
In this edition, the role of young people in the excesses of war was emphasised. Professor O’Malley, the main ideologue behind this initiative, stressed the importance of providing young people a future through work. “They must be an active part of the process”, stated O’Malley. 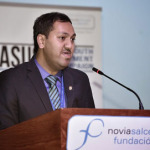 This is an idea that has been stressed for some time; even Saket Mani – Children and Youth representative to the United Nations – in his recent visit to Bilbao on occasion of the BYEF, mentioned this serious consequence for young people when they find themselves without employment opportunities in a country where weapons are the main political element. After all, “there will be no peace without jobs for young people”.