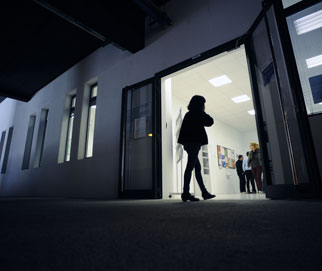 Over the coming decade Spanish youth will have more job opportunities because of a demographic issue, as a significant generational turnover will occur alongside a noteworthy decrease in the number of people under 35 years old. The high figure of future retirees will mean that the number of jobs vacancies needing to be covered (8.9 million vacancies in the baseline scenario) will by far exceed the figures for net employment created (1.2 million jobs), as highlighted in a report by the BBVA Foundation and the Valencian Institute of Economic Research (Ivie) entitled ‘The training and employment of young Spaniards. Recent trajectory and future scenarios’.

On the 2013-2025 employment horizon, the forecast figures of vacancies needing to be filled (due to net job creation and to retirement) range from 7.2 million in conservative scenarios to 9.7 million jobs in more optimistic forecasting, taking 8.9 million vacancies as the base scenario. In 2014 the net job creation has doubled the average annual optimistic forecast and, if this trend continues, 1.2 million additional job opportunities should be added over the next decade, bringing the total number to 10.9 million.

The net employment growth will be concentrated on jobs that require higher qualifications (directors and managers, technicians and scientific professionals and intellectuals, and support technicians and professionals), which, to a great extent, reflect the characteristics of university graduates with college diplomas or higher professional education and training. The forecast indicates that 73% of the net employment created will fit into this type of employment, although adjustments derived from public deficit control can affect the employment of healthcare and education professionals. The types of occupations that are forecast to increase further include more technical and support professionals, with an average expected annual growth of 2.6% and absolute growth of up to 779,000 jobs. A net increase in administrative jobs (145,000) is also expected, especially in those jobs that involve customer service (with an increase of 395,000), while purely administrative jobs are expected to fall (250,000) due to the growing automation of these activities.

The three ways in which young Spaniards have most actively responded to the crisis are to either continue with their education and training, seek employment opportunities elsewhere or launch their own businesses. In all of the above responses, education is the common tool that promotes these types of responses, as young people with higher education -university graduates and vocational training graduates – continue with education in higher proportion, are more open to relocating and have higher rates of entrepreneurial activity. Among the most educated young people, current rates of entrepreneurial activity have already recovered to 2005 levels and, thanks to their education and training, the abandonment of the activity once started is less likely.

The authors also analyse the passive responses to unemployment and point out that among the young people who do not currently study nor work, it is only a minority of this group who are not seeking employment, said to represent 7% of people aged 18 to 24 years old, but if we exclude those who receive disability benefits, undertake volunteer work or housework, then the percentage drops to 1.5%  – about 50,000 young people. Much more worrying is the situation of the youths within the group colloquially-called  “ni-ni” – the term refers to those who are neither working nor studying – who are looking for work but have not been successful in finding it, and the fact that more than 60% included in this group lack further education and still do not undertaken any type of training, and there are more than 300,000 young people under 25 years old in this category.