“Youth unemployment is a tragedy” 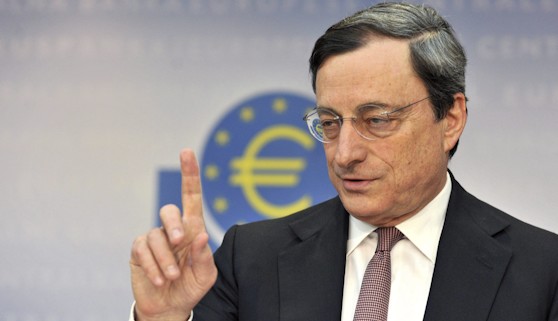 The European Central Bank President, Mario Draghi, spoke about the situation of youth unemployment in Europe to the English daily The Guardian, almost 20% in the euro zone with Greece and Spain topping the ratings and with Germany and Czech Republic as the countries with lowest unemployed young people.

This is one of the first times that Draghi has directly referred to youth unemployment and his statements carry greater force as he is the strong man behind the euro in these difficult times for Europe and its young people.

“Youth unemployment is a tragedy and prevents people from playing a full and meaningful part in society. If every second young person is out of work – as is still the case in some countries in Europe – it seriously harms the economy, because people willing to work cannot work and skills are not developed”, said Draghi to The Guardian.

In the interview, the president mentioned that the job markets in many European countries have been designed to protect veteran workers to the detriment of young people by means of temporary contracts with “easy” dismissal clauses.  “In many countries the labour market is set up to protect older “insiders” – people with permanent, high-paid contracts and shielded by strong labour laws”, said Draghi.

Almost three years ago, he reemphasized the same idea when, after a press conference of the meeting of the governing council body, Draghi said that countries with a high  youth unemployment “have all the flexibility labor market in young people”, adding later that from the bank that he represents,”there is little you can do”.

This implies that young people “are stuck with lower-paid, temporary contracts and get fired first in crisis time”, assured the President of the European Central Bank. “That also means that employers are reluctant to invest in young people”.

Asked by the journalist on the role of the European Central Bank in youth unemployment, Draghi ensured that its function is to maintain price stability, which prevents the unfair distribution of wealth.