“Young people are the basis of progress and social transformation”

After the Citizens’ Dialogue hosted by the European Commissioner for Employment and Social Affairs, Skills and Labour Mobility, Marianne Thyssen, and the Regional Minister of Employment and Social Policies of the Basque Government, Beatriz Arolazabal, organised on 26 January by the European Commission with the support of the Basque Government and the Novia Salcedo Foundation; the Euskalduna Palace Conference Hall is now hosting a Discussion Panel on Equality to address the various opportunities that men and women, young people, people with disabilities or people from rural areas have to access the labour market.

The panel titled ‘Toward a model of equality SDG5, SDG8 and SDG10‘ was moderated by the Equal Opportunities Adviser at the Council of the European Union, Cristina Gallach, a patron of the foundation. Attendees included the Regional Minister of Employment and Social Policies, Beatriz Artolazabal; the President of Confebask, Roberto Larrañaga; the Director of Equality of Mutualia, Cristina Mendia; the President of CEMR and Equality Adviser at EUDEL, Ibon Uribe; and the Director of Cadena SER in the Basque Country, Begoña Marañón.

“Novia Salcedo has chosen three goals from among the 2030 Sustainable Development Agenda that must be met by the said date: SDG5 – gender equality, SDG8 – decent work and economic growth – and SDG10- the reduction of inequalities“, said Cristina Gallach.

The Regional Minister of Employment and Social Policies of the Basque Government, Beatriz Artolazabal, pointed out that the Basque Country is following “the advanced line of development established by Brussels”, to which the Basque Country has added “its know-how and a clear political will to achieve a highly-developed society“. Artolazabal stated that the policies and actions that institutions and companies design in the fields of education, employment, housing, social cohesion, social action, health, culture, leisure, sustainable consumption and mobility are part of the European Social Pillar in which the “Basque Country has participated from the beginning to contribute to the construction of a new Europe“. 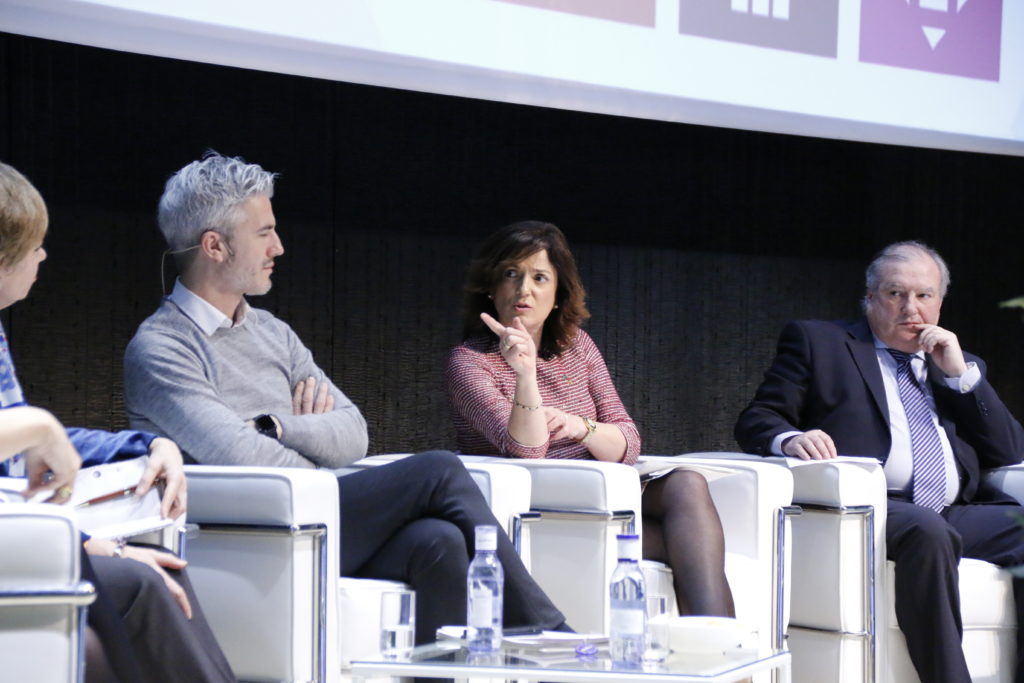 In this respect, the representative of the Basque Government highlighted the “reduction of youth unemployment” and “access to a first job of the highest possible quality” as a “clear and urgent goal”. For this reason, Artolazabal assured that Lakua is striving to create favourable conditions for employment and programmes that facilitate the development of skills “to access, preserve, and build occupational careers” for this group, favouring their integration and encouraging horizons of stability that will lead to their personal and professional development“.

The incorporation of women into the industrial sector

The president of the Basque Business Confederation (Confebask), Roberto Larrañaga, warned that “wage inequality between men and women is undeniable” and that “we cannot do without the talent of 50% of the population. First, for ethical reasons, but also for practical reasons, as an element of competitiveness“, he stressed.

According to Larrañaga, we should “promote the incorporation of women into industry”, which is the basis of the economy of the Basque Country. “Only 30% of the people in technical careers are women, and even less in engineering; however, wages in the industrial sector are higher than in others”. If we can attract them to this field, he said, “we could contribute to reducing this wage gap“.

“Society believes that we have already made progress and achieved gender equality, but there are objective data that prove this is not the case, such as the European Equality Index, published last December,” said the president of CMRE and Equality Adviser for EUDEL, Ibon Uribe. This index displays significant differences among the various member states. The Basque Country is in sixth place, behind Belgium. Taking into account the six sub-indices into which it is divided, the lowest refers to time, which affects all the others: knowledge, employment, power, money and health, said Uribe. “If you spend a lot of time looking after your family, you have less time for training and work, which will affect everything else. This is where we need to have an impact, in the time aspect, and with this in view, the institutions are using two tools: budgets and rules. We would have to implement this gender perspective in the budgets effectively and conduct an impact analysis before legislating”, he said. 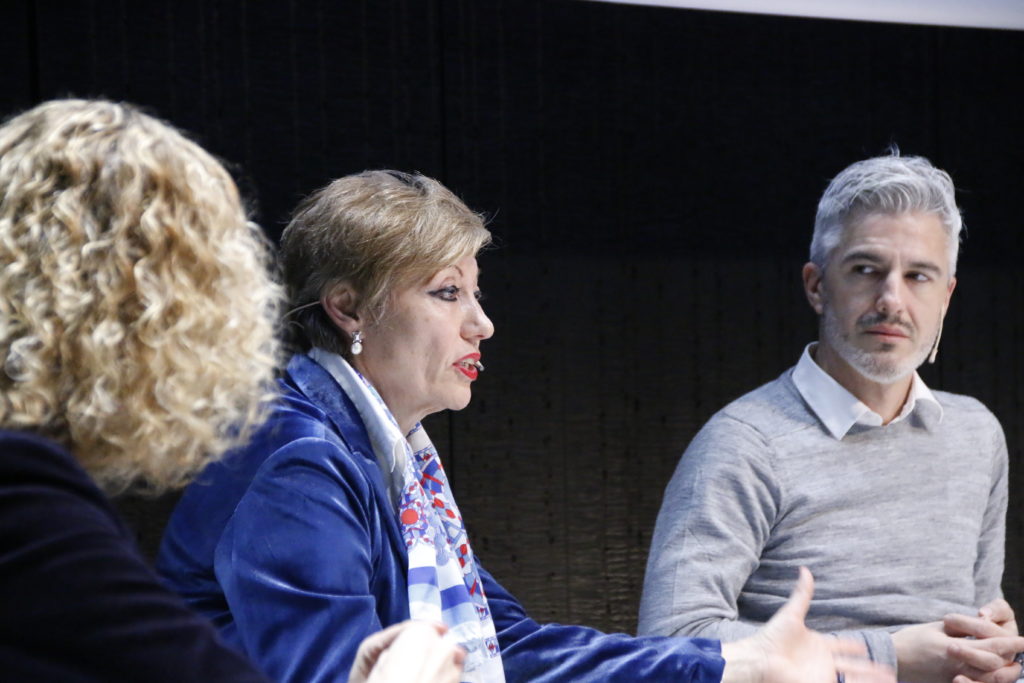 In this sense, the director of Equality for Mutualia, Cristina Mendia, explained the experience launched in her company as a result of implementing Equality Legislation in 2007. “Before, we employed 70% of women and 30% were men, but in the top management, the situation was the opposite. We are now at 50% and the results are very positive. Incorporating women to the Board of Directors leads to an increase in company performance. If you do not take this measure, you will be losing money; therefore, I encourage others to do it, because it is an opportunity and a right“, she stressed.

The speakers present agreed on the need to work with young boys and girls on values, such as equality. “If they embrace it, we will be on the right path”, she said, and stressed the need to involve young people, because they “are particularly open to change. Young people are the basis of progress and social transformation“. 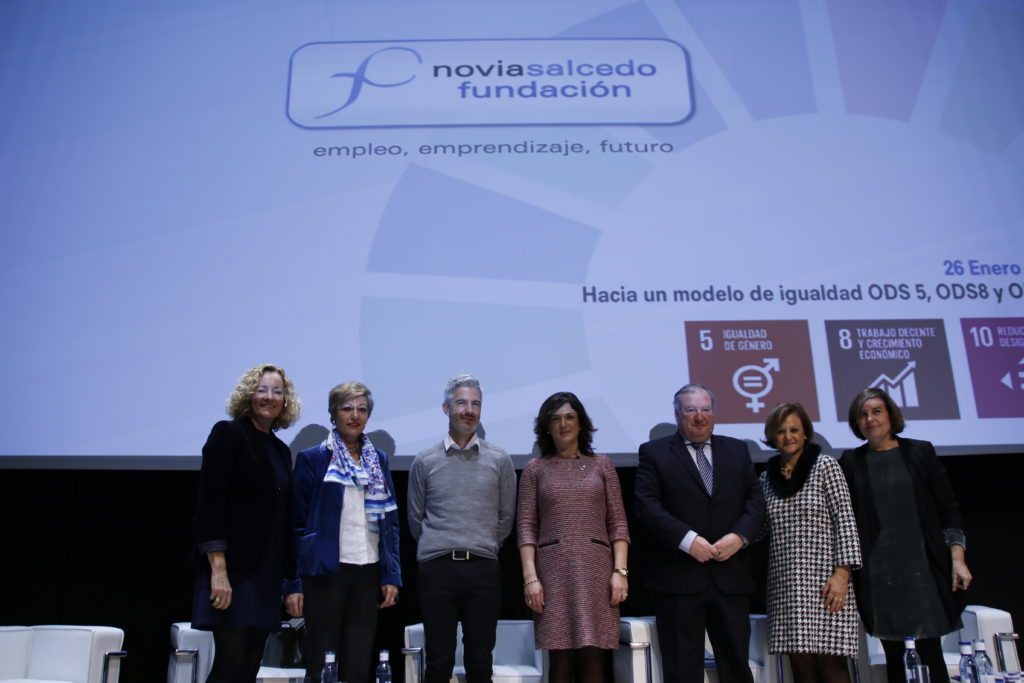