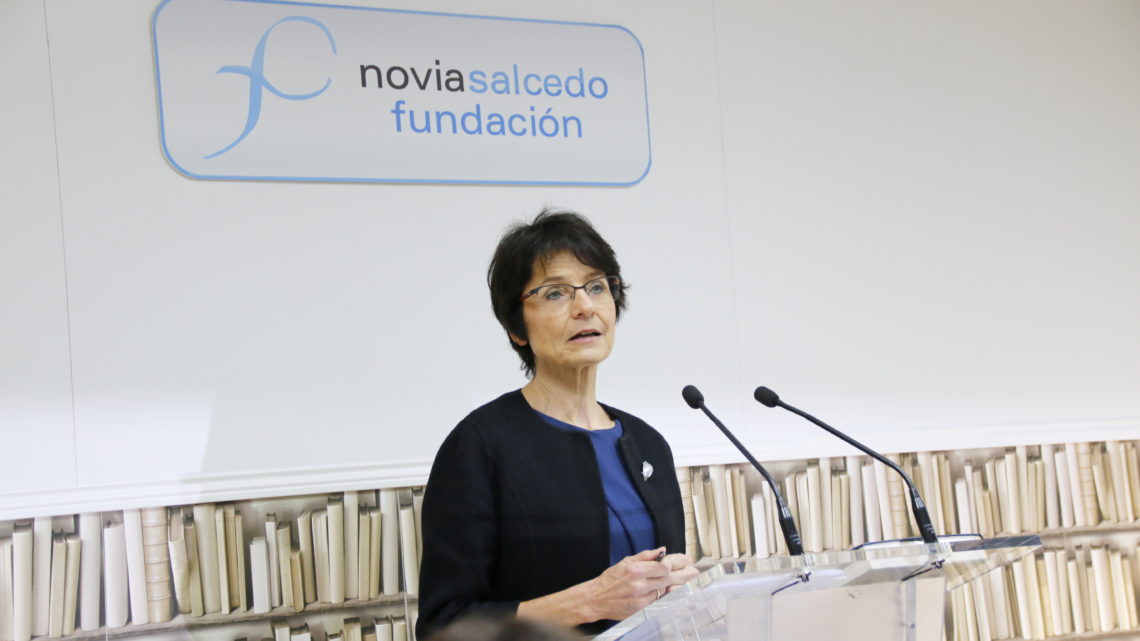 The data are there to see. While Europe has 236 million people in work and a 7.3% unemployment rate, “in Spain we see signs of improvement, but the unemployment rate stands at around 16% and we are particularly concerned about the high unemployment among young people”, said Marianne Thyssen, European Commissioner for Employment, Social Affairs, Skills and Labour Mobility, during her visit to the Euskadluna Palace in Bilbao on 26 January, together with the Regional Minister of Employment and Social Policies of the Basque Government, Beatriz Artolazabal, to participate in a ‘Citizen Conversation‘ organised by the European Commission with the support of the Basque Government and the Novia Salcedo Foundation.

Given the nature of these data, the European Union wants to “improve the standards to achieve a social and fair EU”, “where people are first” and “we do not leave anyone behind”, she said. “In 2017, we started to move forward with the idea of a Social Europe by holding the first Social Summit in Gothenburg in twenty years”, she said. At that meeting, we put together the European Pillar of Social Rights and agreed on twenty principles and rights. “We all need to work together”, she stressed, and noted that the summit in Sweden showed that the EU was united in developing these papers that are expected to become “actions”, as social issues are a priority in the European Agenda“. 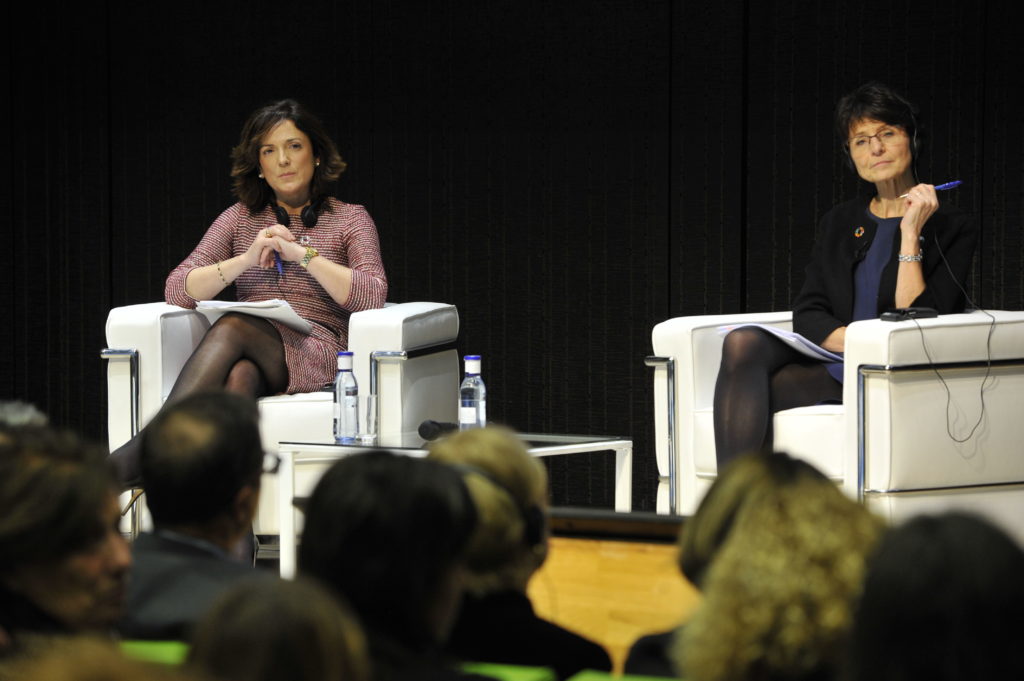 In spite of the fact that “Spanish people have been heavily hit by the crisis“, employment is recovering. However, the European Commissioner has warned about the precarious nature of the labour market, which is mainly affecting young people. Thyssen stated that it is not possible to do away with all the temporary or flexible employment that currently exists, but she advocated that all workers must have “adequate protection” and “good working conditions” to enjoy better quality employment.

With this in mind, she stressed the importance of training, “investing in human capital”, and making it easier for people to acquire ‘skills‘, particularly digital skills. “90% of jobs require digital skills and 40% of Spanish workers do not have them. In addition, the school drop-out rate here is twice that of the EU. One out of every five students drops out without obtaining their educational qualifications“, she lamented. 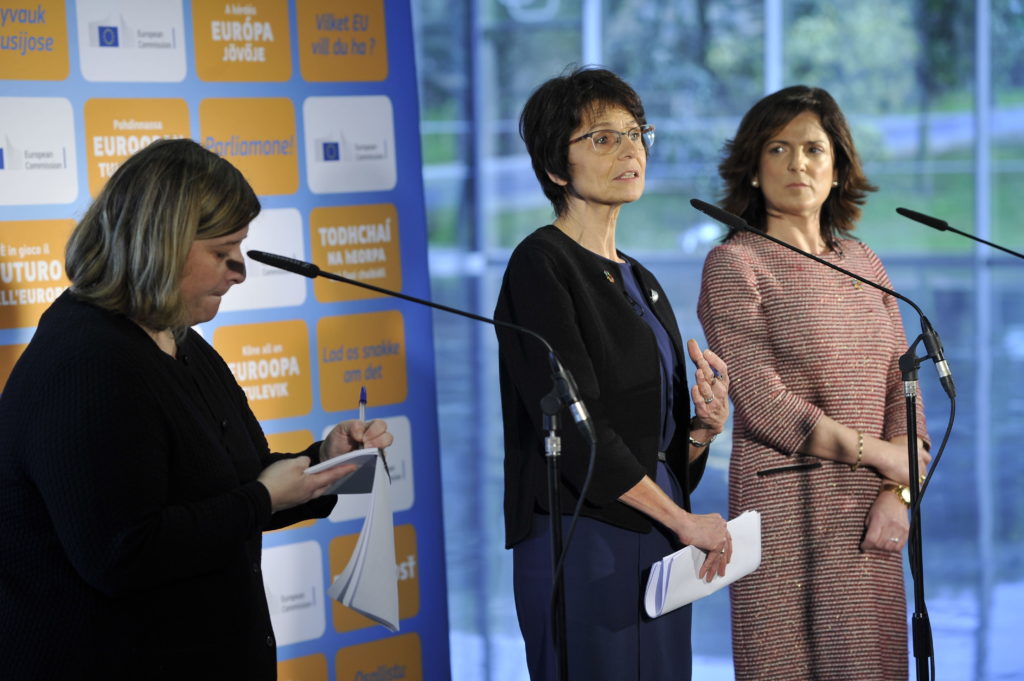 In response to the uncertainty that people are experiencing today for fear of losing their jobs to robots and due to the political and labour instability, a feeling people in the audience conveyed to the Commissioner; Thyssen asserted that “this is a revolution and what the institutions must do is help people and ensure they have opportunities so that nobody is left behind”.

The transformation of the labour market will clearly lead to the destruction of some professions and the emergence of others that do not exist yet. For this reason, Thyssen stressed the need for a Pillar of Social Rights. “People working in the new economy must also have the necessary support and access to social security to have a pension in the future” and “we have to offer people who lose their jobs social protection and a personalised service so that they can find new ones”, she said.

One of the demands made by the audience referred to the improvement in youth mobility to study within the European Union. Although there is already a European system to approve university qualifications in place, it needs improving, said the Commissioner. “We have to make it more useful and not only for degree studies, but also include vocational training“, she added.

During her visit, the EU Commissioner visited the headquarters of the Novia Salcedo Foundation and talked to the Regional Minister of Employment and Social Policies of the Basque Government, with whom she will meet again in Brussels, to learn more about the initiatives and programmes that are being implemented in the Basque Country to promote employment and improve social services. 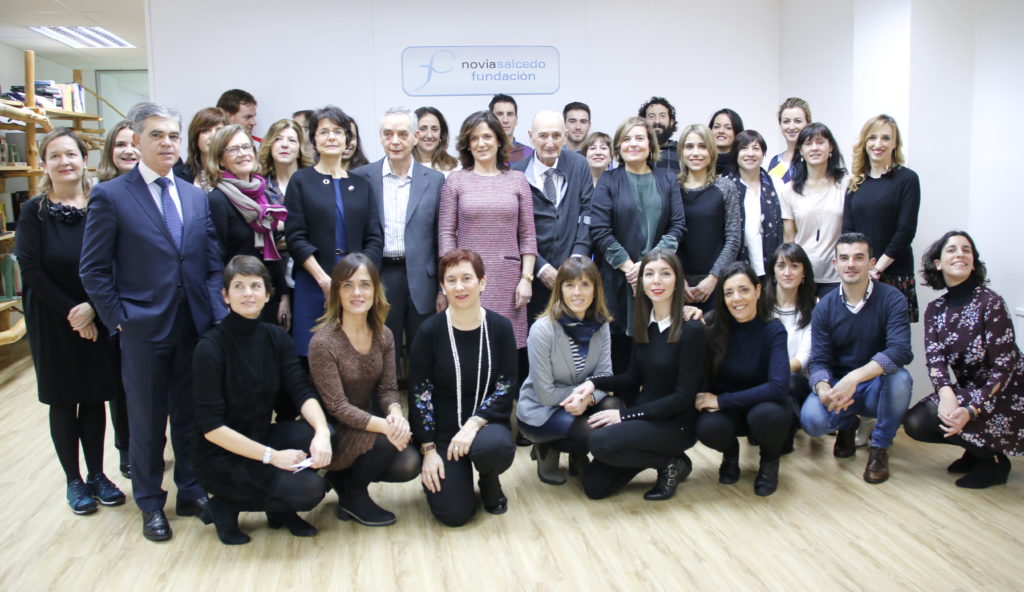