Peace in Colombia, the peace of the young 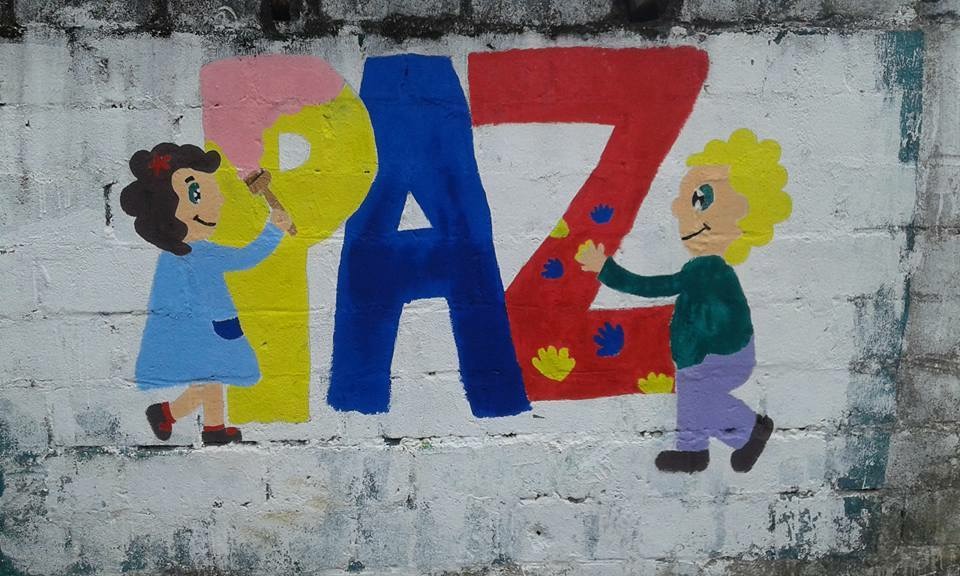 In recent years, this Latin American country has been working to ensure a more progressive future. Today, it has to deal with a number of issues, paramount among which are the peace process and youth employment problems. The future of the third Latin American economy in terms of growth over the last three years – 4.9% of GDP annually – depends, to a great extent, on solving these two issues. We must highlight the effort and dedication that some of the National Government’s institutions and civil organisations are displaying to ensure a ‘better tomorrow’ for young Colombians.

Peace is essential to address youth issues, including unemployment. It is the cornerstone needed to ensure the prosperity of the country. The data show that violence is weighing on the future of young people. According to an article by Elizabeth Reyes published in El Pais: “Colombia would gain a decade of growth if peace were achieved”. The journalist claims that apart from the economic costs, we must add the social costs, especially physical and mental fatigue. We need to assume that reconciliation will be a long process that will need the generosity of all. 60% of the population support a negotiated solution to the conflict, according to a survey commissioned by the Government in 2013.

The consequences of this conflict are approximately 220,000 victims, a long period of suffering and the destruction of many projects. Young people need the composure that comes with a stable and lasting peace, one that will ensure future opportunities.

Colombia must face a harsh reality according to an article in ‘La Vanguardia Liberal’; increasingly better educated young people and fewer opportunities. According to a group of experts meeting on occasion of the World Population Day, greater emphasis is needed to strengthen public and youth investment policies in the next Development Plan. It should become a government priority according to the said group. The Colombian economy is expanding in certain strategic sectors, such as agriculture, manufacturing and health tourism but it runs the risk of expanding at two speeds if it fails to incorporate new generations to the country’s production systems. Inequality is especially evident in rural areas where the poverty rate reaches 60%.

Official data from the Statistics Department show that Colombia has 13 million young people, accounting for 26% of its total population. The datum is clear. Of every 4 people, 1 is a young person. This clearly reflects the demographic weight and the importance of this sector of the population. It is vital to cater for the needs of young people and make it easier for them to access their first job in order to guarantee the future of this coffee-producing country. The UNFPA, the United Nations Population Fund claims that the key now lies with improving the skills and ’employability’ of young people and in the need for companies to assume the social commitment to employ and train them. This agency also warns of the risk of an ageing society and of the economic burden this would entail. Furthermore, Ernesto Rodriguez, Director of the Latin American Youth Center, says: “By excluding youths, we are wasting a potential that could represent a key factor for the development of our countries because we are excluding the best qualified generation in all our history; therein lies the main cost of what we are doing”.

The youth unemployment rate in Colombia is 16%, a figure that has fallen in recent years thanks to the joint efforts of the Government and Civil Organisations. However, they are persevering in their efforts to combat unemployment. As can be seen in an article published in the online edition of ‘KienyKe’, Colombia’s main problem is the 19% of unemployed young people – 2,383,400 in total – who neither study nor work at the moment. The main causes of this are violence and teen pregnancy. Some young people are looking forward to their first opportunity to work after completing their studies. This first labour-related experience in Colombia is based on the First Employment Law, a promising initiative, although it has encountered certain difficulties in its implementation. It has failed to achieve the initial figures set out when it was designed.

Based on the above, we can highlight the work being performed by the Government, which has launched an ambitious programme known as ‘Young Colombia ’ that is promoting a number of projects aimed at encouraging youth employment. Furthermore, organisations like ‘Fundación Mi Sangre’ in Medellín and ‘Barranquilla +20’ are tirelessly endeavouring to improve the future and the lives of young people. All these agents have displayed and still display their commitment to the country’s youth.

The Pegasus project would like to highlight this Colombian experience in virtue of its commitment and contribution in search of viable solutions to the problem of youth unemployment. Pegasus is the campaign we have launched to convince the United Nations to declare the Youth Employment Decade with a view to achieving a better future for young people in Colombia and in the rest of the world.