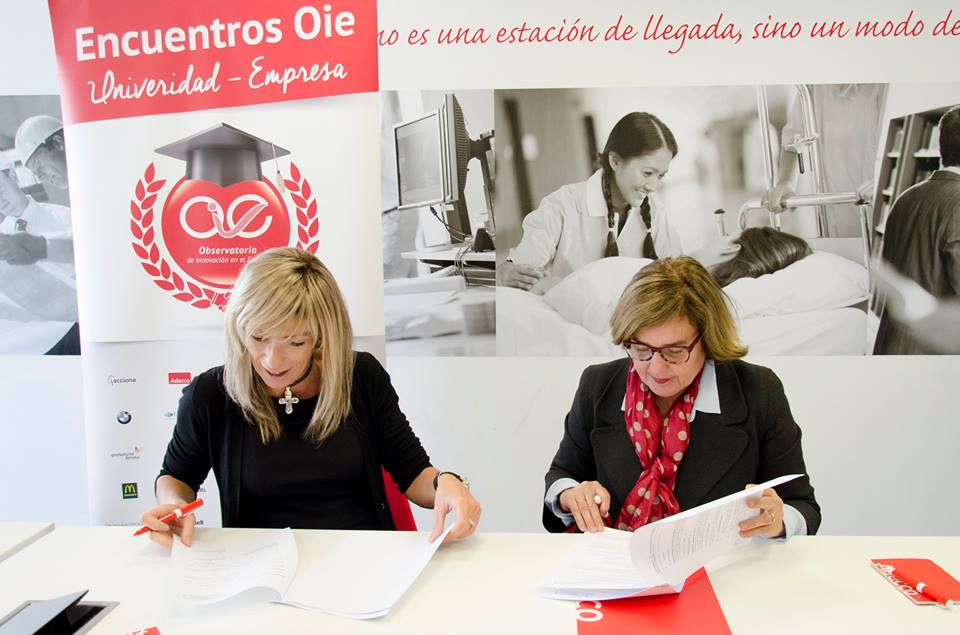 Novia Salcedo Fundación (NSF) keeps on adding support for Pegasus, their international campaign to achive United Nation’s General Assembly to nominate 2020-2030 as the ‘Decade of Youth Employment’. After the omunitat Valenciana, which endorsed his support on april the 13th, the last in joining the proyect is the Employment’s Innovation Observatory (OIE), sponsored by Addeco, which has signed this morning in Madrid an agreement with NSF. 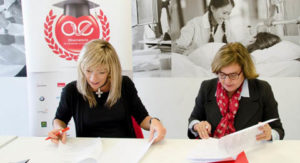 Álvarez and Etxebarria, at the signature

The 28 entreprises that shapes the OIE adds themselves to the 535 public and private entities from 77 different countries that have allready showed their support to proyect Pegasus. Margarita Álvarez, Chief Director at the Employment Innovation Observatory and Marketing Director at Adecco, and Begoña Etxebarria, Chief Director at the NSF, Álvarez stated that the objective of this agreement is “to join forces together to chaing the current situation. We are pleased to take part of this kind of initiatives thar support our daily of of delivering a better future for the youngs”.

Youth unemployment is a serious world issue that concerns 75 millions, six of them in Europe a three in Spain. 60 millions new jobs muts be created in the next 10 years in other to attend the demand, therefore the work that NSF do to eliminate this problem. Professor Santiago García Echevarría, in a seminar promoted by Novia Salcedo, calificated youth unenployment as a “societal, long-term issue that needs to imply the whole society for the development of young’s potential”.