A springboard towards training and employment 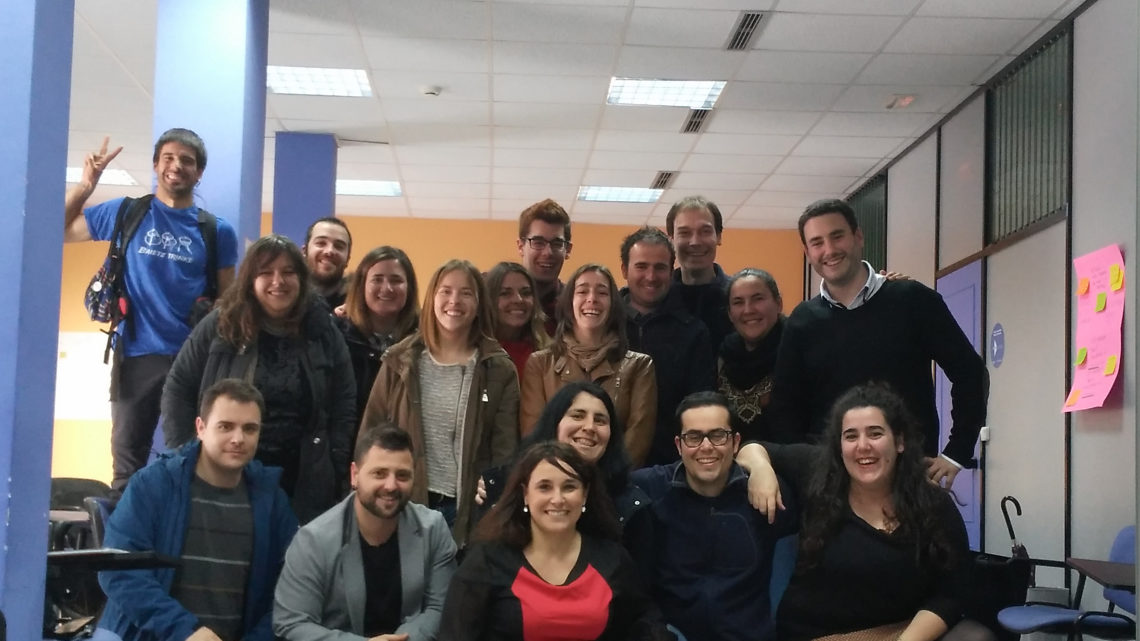 The Hazilan programme helped more than 400 young graduates last year, of which 57% found a job

A ray of hope. This is what the Hazilan programme will be offering thousands of Basque youths each year until 2020. Promoted by Garapen, the Basque Association of Development Agencies, it has a budget of six million euros partly funded by the European Social Fund. Its purpose is to help qualified people aged 20 to 44 to find a job and, in turn, provide companies with human resources that will help them develop their projects. Despite being highly qualified, many of these young people lack the knowledge and cross-cutting skills that companies are seeking.

Last year, just over 400 young people aged 20 to 35 – in 2017 the age range was extended to 44 – took part in the first edition of Hazilan at a score of local development agencies. 55% of the participants were women because, as Garapen stresses, another of the goals is “to increase their presence in certain fields and jobs”.

The training process consists of two phases. The first, called Aktibatu, promotes motivation, responsibility, the ability to manage goals, communication, etc. “Through a dynamic and proactive method based on modern coaching tools and, above all, the necessary dedication to each participant, we can get people to reactivate their search for a job”, says Nerea Mintegi, labour counsellor at the Behargintza in Bermeo.

Later, each agency decides which resources they will use to promote the access of young people to the labour markets. They have three options: Lanekin, by which they occupy a position in a company for about 300 hours to train; Kokatu, which consists in work experience arrangements lasting from three to six months, and Telentu Ihesa, which strengthens people’s professional abilities by participating in business projects related to certain fields like international trade, innovation, or new technologies.

Ane Miren Aurre is one of the 20 young people – 10 men and 10 women – who took part in the first edition of Hazilan in Bermeo. A technical engineer in telecommunications, aged 33, she had been unemployed for several months when she heard of this project. She did not hesitate at all. “I thought it was a very interesting opportunity to make your way directly into a company, as part of the project consisted in work experience”, she says.

During the training period, in addition to acquiring cross-cutting skills, such as initiative, leadership, team work, she met other young people “who were in the same situation as I was and I was able to view the unemployment issue from another perspective that was less frightening”.
After concluding this stage, she performed her work experience at Proinac, a company dedicated to acoustics engineering projects where, in the end, she was offered a job. “As it is small, I do all kinds of tasks, from submitting offers to new customers to preparing final reports”, she says. Her positive experience does not prevent her from regretting the worse luck her colleagues have had. “Some companies want people for work experience programmes but do not want to hire them later”, she complains. However, she is convinced that “with the training received, they will find something sooner or later”.

From Behargintza in Bermeo, Nerea Mintegi confirmed that not all companies can hire these young people; however, she stresses that many of them have valued the fact that many of the participants are over the age of 30. “At this age, they have gone through a lot and they display an element of maturity and responsibility, they are more reliable”, she says.

Gorka Goikoetxea is another lucky young person who found a job thanks to this project. His CV states his qualifications as an Industrial Technological Engineer, but at 31, he was unemployed. “In the Aktibatu stage we dealt with topics and aspects that I did not see during my studies. In addition, as we were with people who had other types of studies and personal experiences, you find it easier to determine your strengths and weaknesses. You can try to work on the latter and, at the same time, improve your strengths”, he explains. This first group included a wide range of profiles, from engineers to psychologist or philosophers. “That was one of the aspects the participants found most interesting. Each one contributed a different point of view and all learned from the others”, confirmed Mintegi.

In May, Gorka began working at Gestamp Tool Hardening and, in November, before he had ended his work experience phase, they offered him a full-time job. “I am working as a process engineer, trying to optimise several departments in the plant” he explains.
Of the 20 people who finished the training phase, 16 went on to the work experience stage (Kokatu). In the end, 12 found jobs. “The rest have continued with their training”, says a representative of Behargintza. “When attempting to find their places in the labour market, references were studied and some have realised that they need to retrain to have a real chance of finding a job”, she said.

According to Mintegi, who is arranging a new edition of this programme, the greatest virtue of Hazilan is that “young people once again become motivated to find a job and make the most of their higher studies. The idea is for them to believe in themselves”.

“This programme gives you the chance to gain work experience”

Nerea Urizar, 25, now enjoys job stability thanks to the Hazilan project. With a Degree and a Master’s Degree in Law, she has worked at several jobs, such as a supermarket checker, telemarketing operator, waitress, or private tutor. Today, after completing this programme last year at the employment office in the district of Durango, she is working in the Legal Department of Eroski, where she completed her work experience phase.

– Why did you decide to join the Hazilan programme?
I wanted to learn about Law from a commercial perspective, if possible in a large company. So as not to close doors for the future. As I had done two work experience periods, I had one year’s experience in multidisciplinary law firms. This time, I wanted to discover how Law works in a large company.

– What did you learn from the training phase?
The Aktibatu phase provided me with a greater perspective of my life. It helped me to empathise, value, and communicate better with other people. At the beginning, you have the impression that it will only be useful in your private life, but that is not really the case. These skills can be applied to all aspects of life. Therefore, they are very useful at work.
Furthermore, I consider that the training received has been entertaining and complete and that it has helped to bring together a very diverse group of young people who were all in the same employment situation: unable to find a job connected with their skills.

– Then came the work experience. Was Eroski your choice?
The course was offered in all the districts of the Basque Country. The one I was on was delivered by the employment office in Durango. From the beginning, regarding work experience, they took into account the geographical area of the various districts. In my case, in the Durango area, there are many companies and, therefore, it was easy to choose from a selection that could be of interest. I preferred a large company, with a national or international scope, and, if possible, with a dedicated legal department. That’s why I thought Eroski, S. Coop. could be the best option. The Durango employment office contacted Eroski and after explaining the project and assessing my CV, they took me on for four months of work experience that were extended for two more.

– What was your job?
Within the Legal Department, I was working in the Lease Section. My main job was to study and draw up lease contracts and renewals, manage issues relating to owners’ associations, and respond to any court orders.

– Finally, they asked you to stay. I suppose you didn’t think twice.
During the work experience period, after being there for four months and a half, there was a vacancy in the Legal Department, in the Legal Adviser Section, and they asked me to join the selection process because the person supervising my work experience provided a very positive assessment of my work.
The position seemed interesting and ambitious because I could learn a lot; therefore, I gratefully accepted to take part in the selection process. After several interviews and a week and a half of nervousness, they told me I had been selected. At the moment, I have a six-month contract that can be extended for another six months.

– What is your final assessment of Hazilan?
My opinion of Hazilan is excellent. It has clearly met my expectations and it has resulted in a great job opportunity that, without a prior work experience period in the company, would not have arisen. I think that, given the situation of the market, the high level of competition, we should continue to train and gain experience. This programme provides that chance. And, along the way, who knows, you may be in the right place at the right time and find what you are looking for, like I did.