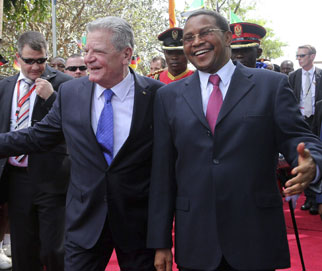 Work is a source of personal dignity, family stability, peace at household, community and the nation at large. Work is the key in poverty reduction and facilities in achieving equitable, inclusive and sustainable development in the country. However, according to ‘The Guardian‘, youth employment situation remains one of the key challenges in Tanzania. Unemployment rate among youth -15 and 34 years old- was 13.4 per cent; females stand at 14.3 per cent and amongst males were 12.3 per cent. Urban areas are hardest hit with unemployment rate, reaching 22.3 per cent as against 7.1 per cent in the rural areas.

It is characterized by features like imbalance between supply and demand in the labour market and increasing of urban employment pressures with outflow of rural surplus labour to non-agricultural sectors. Speaking on the importance of job creation in the country recently during the launching of the World Bank report entitled ‘Tanzania: Productive jobs wanted‘, president Jakaya Kikwete said that securing a decent and well paying job was the inspiration and wish of every Tanzanian, young and old.

“Every year it is estimated that over 800,000 young men and women enter the labour market. These include school and college graduates and people who have migrated from rural areas to urban areas”, president Kikwete noted. According to him, it is estimated that by 2030 the labour force will have more than doubled, reaching around 50 million. This therefore underscores the importance of creating a conductive environment for business to flourish so that more jobs are created for people over time. Speaking to this paper recently in his office, ILO’s Communication Manager in Tanzania Magnus Minja said “RCs were the ones to mobilise their District Commissioners and other key actors in their respective regions to ensure youth employment is taken seriously into their different agenda”.

Most youth have no skills employable. Skills requirement in the labour market not compatible with skills supply as a result, we have a mismatch of skills. Global labour market competitiveness: increases use of advanced technology and ICT which replaces labour and require labour with specialised skills respectively). Others are altitude of youth towards work; insufficient business and entrepreneurship development services. Promote the goal of decent and productive employment for youth as a national priority; promote access to employment opportunities and resources by the vulnerable and marginalised population -youth, women and people with disability-.