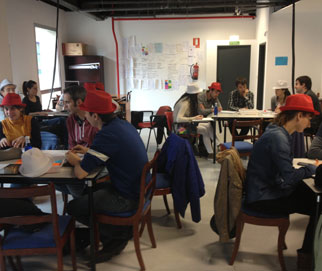 As the Promoter of the Campaign for a Youth Employment Decade, the Novia Salcedo Foundation has been leading by example since its inception back in the 1980s. Thousands of young people have found jobs in these three decades of activity focused on the training and labour insertion of a group whose unemployment rates have increased dramatically since the beginning of the crisis. The latest to find jobs last were totalled 473. In order to reach this result, the Foundation launches work placement programmes within the Autonomous Community of the Basque Country and abroad, which has attracted 865 graduates under 32 years of age. This has led to 92 contracts and 107 scholarships more than in 2013, i.e. a 12% increase. “It was the year with the largest number of grants and contracts that we have handled since 2008” highlights Begoña Varona, head of the work placement programme in Basque companies, which together with the training and international mobility programmes, facilitates the desired transition to the labour market.

Of the 473 contracts signed, most (242) were temporary contracts, followed by work placements (176), permanent contracts (42) and replacement contracts (13). Regarding the duration of the contracts, 76% of the cases exceeded six months, 12% were less than six months and the rest covered until the end of a specific project. In addition, 338 young people were eventually hired by the companies where they had been on their work placements. According to these data, 157 of those who found work were graduates, 116 were engineers, 93 had a technical engineering diploma, 74 had vocational training studies, 23 were diploma holders and 10 were architects.

Of all the training, guidance and employment support programmes offered by the Foundation, the professional work placement programmes have provided the best results regarding contracts (408 over 473 contracts), going back to September 1997 and to 2005 for the international version. Throughout the year, organizations and businesses that are already aware of this initiative and others that are informed of its existence contact the Foundation to collaborate by hosting a fellowship student for a period ranging from three to twelve months. Those responsible for the programme review the CVs that best adapt to the profile requested, interview the potential candidates and choose the ideal candidate. “We try to adapt the requirements of the company -qualifications, level of English… – and the interests of the young person as far as possible so that both parties meet their expectations”, explains Begoña Varona.

After going through this double screening process, candidates receive training on cross-cutting skills at Novia Salcedo classrooms before going on to their work placements. In addition, those that go to a foreign destination receive training in languages and communication skills that will enable them to adapt to the country of destination. “We seek to train them in skills that organisations require and this also enables us to monitor their progress and strike a close relationship with them. The work in our classrooms also enables them to meet other people who are also looking for a job because the broader their relationship network becomes the greater the number of opportunities that may arise”, stresses Ms Varona. Over three decades of experience in this field confirm that the NSF method works in all economic situations. The challenge for 2015 is already underway.