The future of Lebanon: Decent work for youth 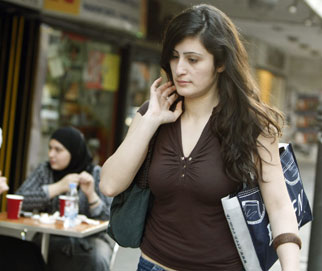 According to the employment specialist at the ILO Office for Arab States, Mary Kawar, Lebanon is facing one of its biggest challenges in employment. It is not only a question of reducing unemployment rates, but of promoting decent employment. The Lebanese labour market lacks regulation and investment, and this represents a real setback that hampers growth. The result is a growing workforce with a very limited range of skills and minimal social protection. Although the lack of decent work has been a recurring issue in recent years in Lebanon, the increase in the number of low-skilled Syrian workers is aggravating the situation in the region, which is already quite fragile.

Low demand is a handicap that undermines the options of creating employment in Lebanon and in most Middle Eastern countries. This lack of employment led to phenomena, such as the Arab Spring, in 2010. Young people are not only demanding political change; they also want the right to a decent job that will enable them to develop both personally and professionally. Seeking this employment, they took to the streets from Sidi Bouzid to the famous Tahir Square, the epicentre of the protests in Egypt.

The collapse of several youth employment schemes launched by the Lebanese government is primarily due to the lack of incentives to invest in technological innovation and services. This represents a real handicap when it comes to increasing productivity. Lebanon is a nation that is proud of its high levels of education and of the quality of its institutions of higher education. The experts insist on promoting vocational studies as a way of improving the future employability of students.

The difference in opportunities is another drawback for the country’s youth. Young people from urban areas and those that attend private schools have a great chance of finding a job. Furthermore, the most disadvantaged areas, such as the province of Bekaa, are also hampered by the refugees from the Syrian conflict that are making the situation even more difficult. Together with the prevailing nepotism, all this leads to the forced emigration of many young people who have to abandon everything they have known to find a job that will enable them to live with dignity. In addition, many Lebanese companies do not invest in training young people, which leads to a further lack of skills. Therefore, youth unemployment in this Middle Eastern country stands around 24%, a figure that can undoubtedly be improved according to the ILO expert.

Finally, social dialogue has completely collapsed, reflecting the political climate of the country. In spite of all these drawbacks, Lebanon has always been a nation that has managed to meet its crises and look to the future. It proved this after a bloody civil war in the late twentieth century. We must not forget that this country is located in an area that is very unstable socially and politically, a true powder keg. Its future depends, among other aspects, on defending and retaining its youth by providing decent jobs.