Job seeking to the rhythm of rap 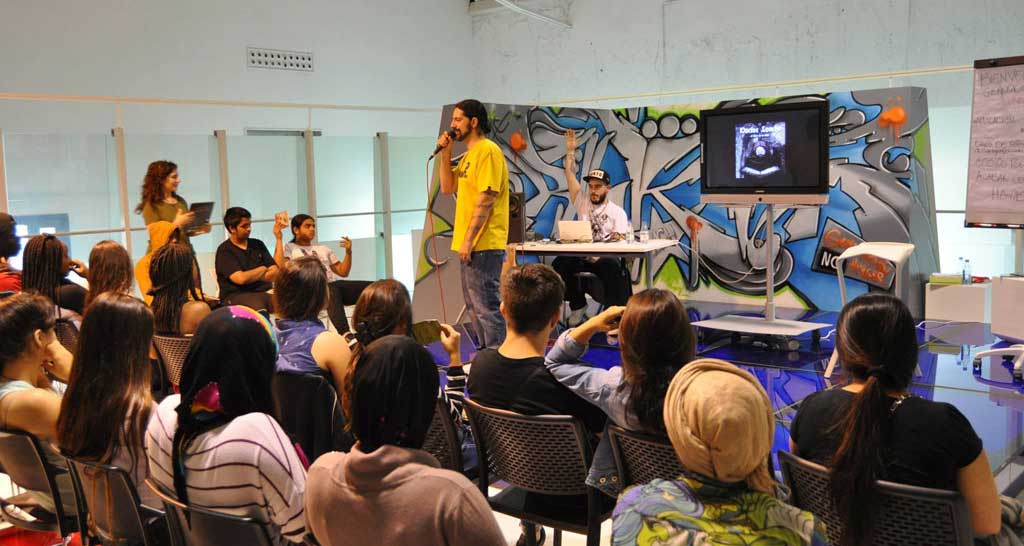 Four years ago, a young journalist from Alicante, Enzo Vizcaíno, made the headlines by playing the ukulele on the Metro in Barcelona while reciting his CV, with great success (he was signed on by La Sexta and now works as a scriptwriter for the programme Crakovia, on TV3). It is now the turn of the syncopated rhythm of rap.

The city council of Huesca has decided to resort to the rappers Dr Loncho and Dj Grime to deliver a workshop aimed at unemployed young people aged 18 to 25 to help them improve certain skills that are highly valued by most businesses when searching for candidates, such as communication skills, a positive attitude, or the ability to solve problems.

The initiative seeks to help young people to develop their creativity and eloquence, gain confidence and self-esteem, and learn to work as part of a team; as the City Council explained in a press release. The City Council, which will invest €3,000 in this workshop, stated that “Non-formal education” is “increasingly required” by companies and is one of the key elements of the city’s Employment Plan, which has an annual budget of 250,000 euros.

Manuel González and Sergio Aragón are the brains behind the voices and rhythms of Dr Loncho and Dj Grime. They are the teachers imparting the course and are well-known in the music industry in Aragón. In addition, González and Aragón are the founders of Rap Academy, a cultural project that focusses on the education sector and that has introduced rap to various schools and colleges in Aragon as a tool to be used in the classroom.

Extending students’ vocabulary, speaking in public, improving their body language or thinking quickly are just a few of the goals that Dr Loncho and Dj Grime’s workshop seek to achieve. However, they are mainly designed to improve aspects such as motivation and self-confidence, as they explain on their website.

The rappers will be working with a group of 10 young people who have dropped out of the educational system and the labour market for four hours a week divided into two sessions; one of which will be theoretical while the other will be more practical and in which the students will have to observe their environment and transform what they see into a song. By the end of the course, the participants should be rapping their CVs before hundreds of people at the Periferias festival, which will be held in Huesca from 19th to 29th October.