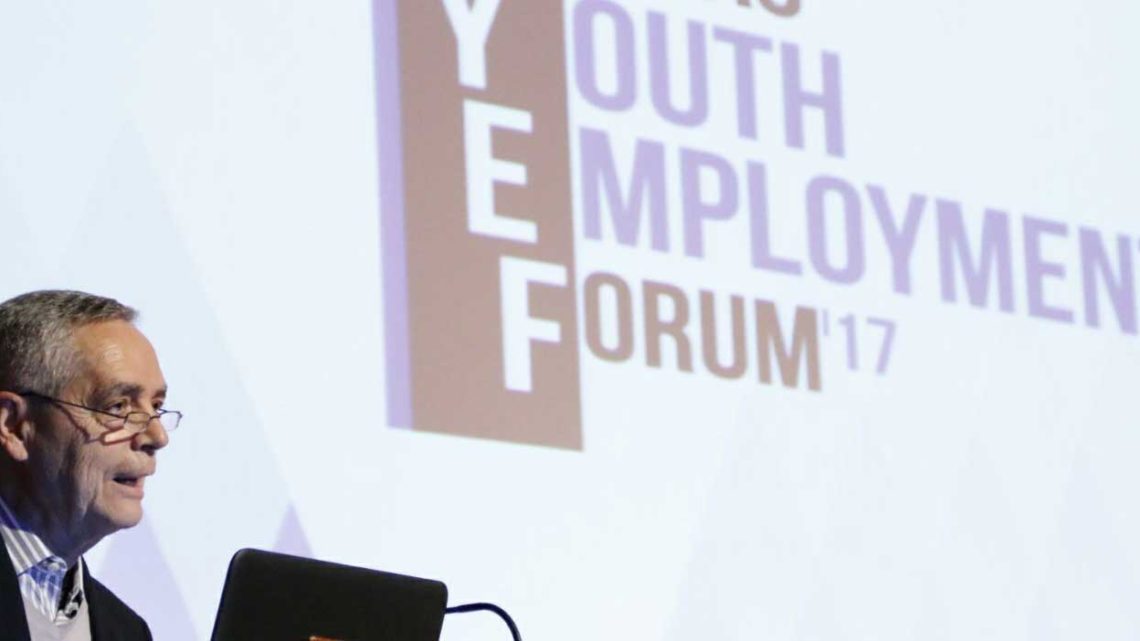 Today it’s been held Bilbao Youth Employment Forum (BYEF), an initiative of Novia Salcedo Foundation that promotes the objective 8 of the UNDS 2030 of the United Nations, decent work and economic growth, “vital issues for society”, has said Txelo Ruiz, vice-rector of Students and Employability of the UPV, during the inauguration.

Focused on youth employment, this new edition of the BYEF brings together experts from various countries and dozens of young people at the Bizkaia Aretoa of the Basque university. So many that the president of Novia Salcedo Foundation, Luis Cañada, has said to be “probably in front of the largest number of young people that I have never spoken to”. And he has urged all of them to follow in the footsteps of other young people who have reached the top of the business and politics, such as Mark Zuckerberg or the president of Austria, Sebastián Poust.

Cañada has stressed that the Sustainable Development Goals “are a tremendous source of wealth yet to be explored because it is an unborn child” whose seed is now being planted so that 2050’s young people can reap the rewards. “You can, do not forget, the problem is often wanting”, finished.