Facing the crisis alone. Youth unemployment in the Spanish Parliament 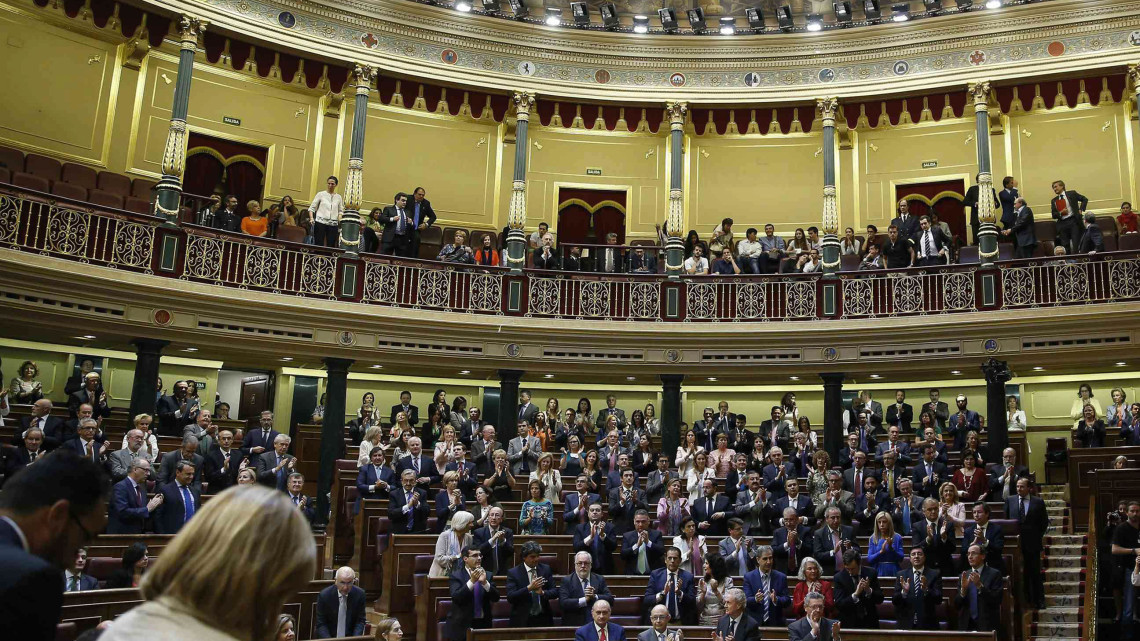 The 1978 Constitution ushered in a period of democracy in Spain, after 40 years of dictatorship. Since then, there have been 10 legislatures based on a democratic parliament that has had the power to legislate on various initiatives aimed at building and improving a system of government.

As is known, the economic crisis that began in 2008 has brought out the best and the worst of the country. Now that it seems that the worst is over, there are several consequences to be taken into account. One of them is surely the situation of young people in Spain and the terrible difficulties they are having when it comes to finding jobs. It seems that the new generations are more vulnerable when this type of economic situation arises.

The same thing happened in the 1980s, when areas of a marked industrial nature, as in the north of Spain – with a deep-rooted mining and steel industry-, were unable to adapt to the new times and everything known until then collapsed at an incredible speed. The case of Bilbao is, in this sense, one of the clearest examples of how a purely industrial town was transformed into a service-oriented city.

However, let’s take a look at the various economic crises that this country has experienced and, what is more interesting; let’s study how the politicians have behaved in these situations in Parliament. The truth is that the way our MPs have behaved regarding this issue is not very flattering. In addition to the fact that our politicians only pay attention at times of economic crisis, when we do find ourselves in these situations, the measures proposed as members’ bills have not been successful. In other words, when the economic situation is ready for the implementation of guidelines that would allow the new generations to take over the labour market, not much is achieved. Only when the figures began to drop, young people were once again the focus in parliament.

The first member’s bill was registered in 1988 with a view to creating a youth employment plan. It was followed by another two in the same year, which had the same fate as the first one. They were rejected by Parliament.

The second one was a bit different but it also affected young people. It was in 2001 within the framework of the repeal of mandatory military service that was first considered in 1996, and finally approved on 1 January 2002. The Socialist Group urged the Government to draw up a plan for the employability for young people before the imminent disappearance of the obligatory military service to provide the new generations with jobs in the absence of military service. “At least half of the posts that are currently occupied by conscientious objectors, 60,000 more specifically, must be assigned to young men and women through a youth employment plan that will contribute to facilitating the independence of Spanish youths“, said the spokesman of the Socialist Group, Mr. Velasco. This proposal was also rejected by the Government.

The remaining parliamentary initiatives have taken place in today’s economic context and we all know the outcome. Three in 2012 and two more in 2013. All were prepared by the Socialist Group and all have fallen by the wayside. They were not even discussed in parliament.

In short, we can reach two unequivocal conclusions. One is that the labour situation of young people is only discussed in Parliament in times of crisis, when the response is most limited due to the economic context. The second is that members’ bills supported by a single political party have failed for various reasons. There has never been a large consensus on this matter. And now that there is an urgent need and when we are facing one of the most important crises in the modern history of humanity, we have to insist on the importance of reaching agreements among all the political groups to provide public policies that will start to solve the youth unemployment issue, considered by some sociologists as the ‘plague of the 21st century‘.