“In Industry 4.0, there is a growing demand for professionals” 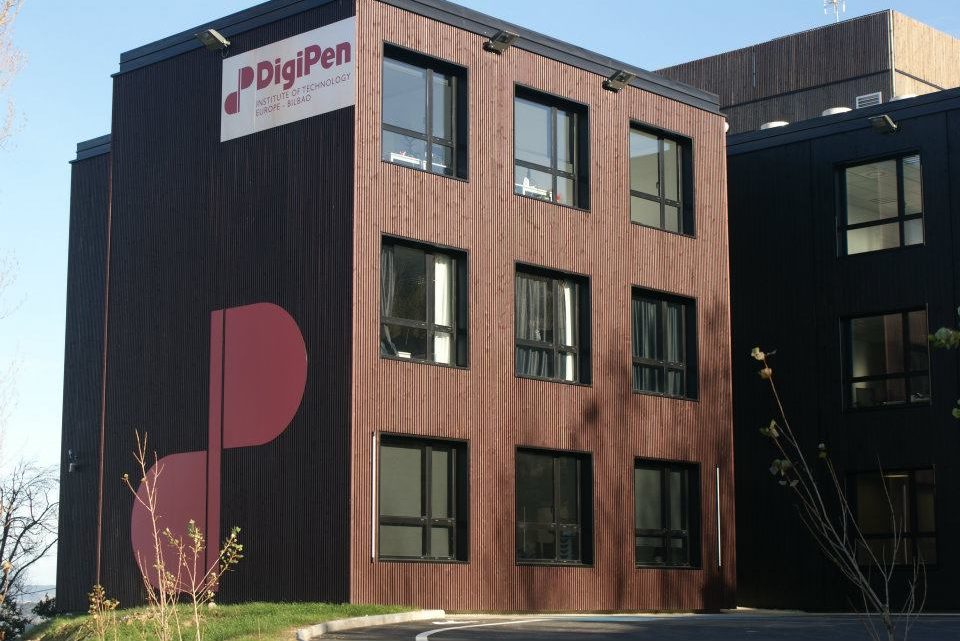 The DigiPen Institute of Technology opened its campus in Zierbena, Bizkaia, seven years ago, with a view to creating an international focus point for the development and innovation of video games and other interactive multimedia technologies. Since then, these facilities have received more than 200 students who want to work in an industry in continuous expansion based on multi-million-dollar business figures. The Basque Country is gradually training its own professionals in order to compete with Japan and the United States, according to Ignacio Otalora, general manager of this centre in Bizkaia.

-The main headquarters of the DigiPen Institute of Technology are in Redmond (USA). In addition, it has another campus in Asia (Singapore). Why did they choose Zierbena (Bizkaia) for their school?

– The presence in Europe of campuses of the prestigious American university, DigiPen Institute of Technology, is due to the work of the Chamber of Commerce of Bilbao, whose goal is to create an international focus point in Bizkaia in the field of digital multimedia and interactive technologies (a high added value sector that is knowledge-intensive and needs highly qualified professionals). It managed to convince DigiPen of the strategic opportunity of opening a campus in our region.

-How many students have taken courses since you opened?

-Since 2010, and including current students, we have had 201 students.

-What is the profile of these students? What are they looking for?

-Over the years, we have had students from 15 countries, 3 continents and 12 provinces of Spain, in addition to the 3 Basque provinces. They are mostly students who have graduated from schools. However, there are also some who are taking a second university degree with us. You must bear in mind that our degrees are highly specialized and have little to do, regarding subject matter and academic methodology, with traditional studies.

-That is correct; more than 20 years ago. It was a course on software engineering that specialised in Real Time Interactive Simulation (whose potential scope of application is very broad and diverse including, among other fields, aeronautics, autonomous driving, or the gaming sector itself). It did so in response to a need that still exists in the industry; which is the insufficient number of trained professionals with high qualifications in a very complex sector with a multi-million turnover.

-What studies are provided at the school?

-The Bilbao Campus offers two university degrees: computer engineering specialized in Real-Time Interactive Simulation (highly complex software development) and another degree in Fine Arts that specialises in digital art and 3D animation. Our training is eminently practical and is based on the dominance of a wide range of theoretical content and the development of skills and competences required in today’s professional world. Since we opened the campus in Bilbao, we have won more than 30 international awards and acknowledgements (in the US, Europe, and Asia) for video games and animations created from scratch by our students during the 4 academic courses. The demand for both degrees is fairly even.

-What job opportunities do these studies provide?

DigiPen Bilbao graduate students are working for video game companies creating triple A video games or games for mobile devices, making 3D animated cartoons, or creating special effects for Hollywood films or television series. Some also work in the field of optometry, Internet betting or even developing their own games, in which case some have started their own businesses.

Our employability figures are very high, just like those for our campuses in the United States and Singapore; although some graduates are working abroad because that is where they can find projects that match their high demands and expectations. However, we have assumed the challenge of creating an attractive environment and we want to contribute to attract relevant multinational companies to enable them to return to the Basque Country in a few year’s time. On the other hand, we have seen that, at a local level, there is an increasing demand for the profiles we are training. For example, industrial companies that are making the transition to what is now known as “Industry 4.0”.