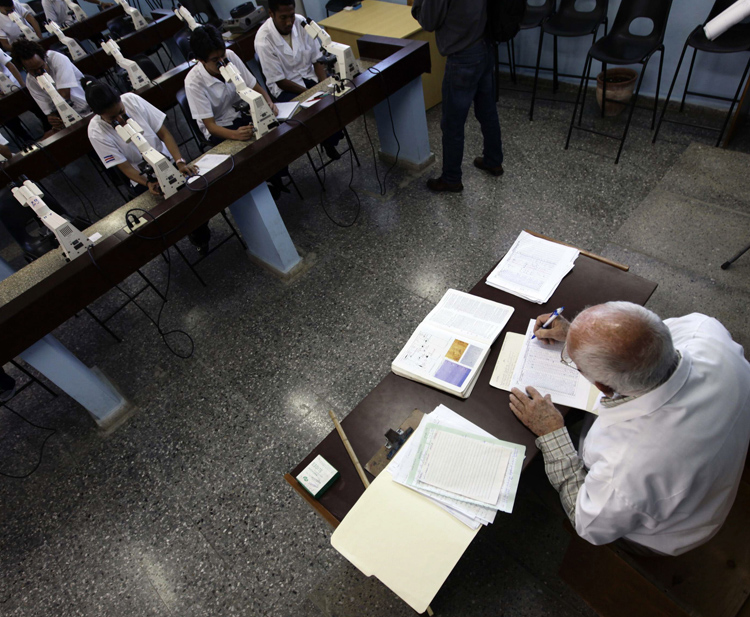 The level of education of the workforce is improving throughout the world; however, access to higher education is not resulting in a fall in world unemployment, as the ILO’s Key Indicators of the Labour Market show. According to the latest edition of the KILM, which belongs to the central ILO database (ILOSTAT), only two out of 64 countries with available data showed an increase in the proportion of the workforce with higher studies over the last 15 years. The largest increases were observed in Canada, Luxembourg and Russia.

During the same period, a fall in the proportion of the working population with only primary or lower educational levels was detected. “This is a positive development for individuals, as the more highly educated workers tend to get higher pay and better working conditions”, said Steven Kapsos, head of the ILO Data Production and Analysis Unit of the Statistics Department. In addition, this fact displays “some progress at national and world level as there is a close correlation between the education levels of the workforce and national work productivity levels”.

“This reflects the mismatch between qualified people and the number of jobs available that correspond to their skills and expectations and, if not corrected, this mismatch could slow down the rate of economic growth and development”, says Rosina Gammarano, from the ILO Statistics Department. A misalignment that does not even spare countries like Spain and Greece, where many young people have to migrate to find a job that matches their training.

More NEETs due to the crisis

The KILM report also includes figures on the proportion of young people who neither work nor study; one of the indicators proposed that will be used to supervise the practical implementation of Goal 8 and of its specific target on NEETs in the 2030 Sustainable Development Agenda. These data show that the countries where the number of NEETs have increased most in recent years are high-income economies that have been particularly affected by the global financial crisis, such as Cyprus, Ireland, Italy, Greece and Spain. On the other hand, medium-high income economies, such as Bulgaria or countries with low salaries, such as Cambodia, recorded the largest fall in the number of young people who neither study nor work. In addition, inequality between men and women persists in most developing countries for which data is available; the percentage of women NEETs, for example, stands at more than 40% in Egypt compared with 17.3% for men.

The KILM also provided further data, such as the fact that the average unemployment rate in the 122 countries studied increased from 6.4% in 2007 to 7.2% in 2014, or that an average worker in high-income countries produces 62 time more than a similar employee in a low income economy and 10 times more than in a medium-income economy. However, the group of countries in that intermediate level have recorded faster productivity growth over the last fifteen years.

“Many KILM indicators are good candidates to become part of the indicators that will be used to measure the progress of the SDGs. Improving them will surely help to provide more reliable parameters to continue developing”, said Rafael Díez de Medina, director of the ILO Statistics Department.