The Pacific Alliance is increasing its commitment to young people 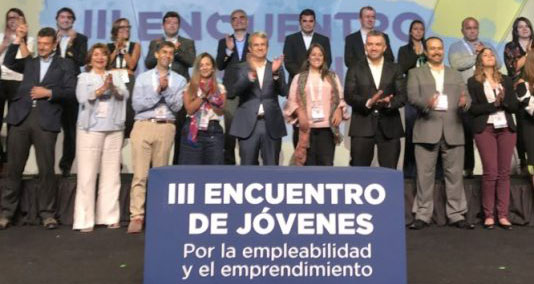 Businesses in Peru, Colombia, Chile and Mexico will work together to create 30,000 jobs until 2020

Training, entrepreneurship and, in general, all the issues affecting access to the labour market were addressed at the 3rd Pacific Alliance Youth Summit, held last June 28 and 29 in the city of Cali. Organized by Nestlé, experts from the countries that make up this economic bloc and the Swiss Government analysed and discussed the main variables that are affecting a key issue, on which the future of thousands of young people depends. We must not forget that 2017 ended in Latin America and the Caribbean with an unemployment rate of 19.6% among this population group.

The key moment of the summit was Nestlé’s announcement of an agreement reached with 41 businesses in Peru, Chile, Mexico and Colombia to create 30,000 job opportunities over the next two and a half years. This food multinational is planning to create 4,500 jobs as part of its global Youth Initiative programme.

However, in order to achieve these results, one of the key aspects is the improvement of the educational system, with a greater emphasis on dual training. “We want to have young people who are well-trained and the best way to do this is by combining theory with practice. We believe that this model is efficient because it has worked in countries like Switzerland and Germany”, said Laurent Freixe, general manager of Nestlé for the Americas.

The presence of the Swiss Government’s director of International Relations, Mauro Moruzzi, provided the opportunity to obtain first-hand knowledge on the strengths of dual training, with which Switzerland has made great progress in youth employability. “The competences acquired in Swiss higher studies are defined by the companies themselves, although they must be approved by the central Government”, he said.

One of the recommendations Moruzzi made was the need to increase the number of students enrolled in technology-related degree programmes, since this is what the labour market is demanding. The challenge was accepted by the Minister of Education of Colombia, Yaneth Gira, who acknowledged that they should work to “reverse the pyramid and make it similar to that of Switzerland and Germany, where 80% of young people are enrolled in technical and technological studies. In my country, the rate is 30%, but seven out of every ten technicians do find jobs quickly”, he said.

The secretary general of the International Youth Agency for Latin America, Max Trejo, stressed that the various social agents, such as educational institutions, governments and companies, whether private or public, must work together to put an end to the barriers that prevent new generations from having access to the labour market and, therefore, increase the rate of youth employment.

The summit included other discussion panels, such as ‘Exploring the Jobs of the Future’ and ‘How to become an Entrepreneur and not die in the attempt’, which addressed the new skills and competencies that young people should have in a context of growing technological transformation, as well as identifying a sustainable model to ensure that ideas can be transformed into business proposals.