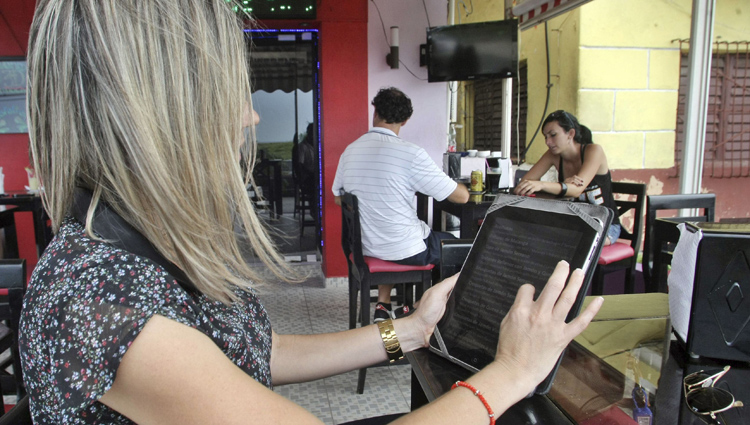 Although increasingly more young people have decided to embark on business projects in recent years, the truth is that most continue to opt for safe jobs

Miguel Casasola, from Extremadura, and Virginia Arrasate, from the Basque Country,  have not only grown up in different regions a long distance from one another; their destinies have also taken different routes. Miguel, historian and writer, decided to promote ‘Ártese quien Pueda Ediciones’ with two friends; a publishing house dedicated to publishing novels and poems written by young authors who have not found a place in the conventional publishing market. Virginia finished her Law studies and began to prepare the exams to become a civil servant. This took her to Barcelona and now to Madrid, where she works in the General Directorate of Traffic. Miguel belongs to the 26.8 % of young people who are planning to create a business or have already done so. Virginia, belongs to the remaining percentage that wants to have a secure job, either in the public administrations, a multinational or an SME.

The study ‘And after University, What?’ conducted by GAD3 and promoted by Educa2020 and the AXA Foundation, suggests that almost three out of every ten university students, 26.8 %, are considering starting a business or have already done so, despite financial difficulties (75.5%), administrative obstacles (31%) and  taxation issues (21.9%). The authors of this Internet survey involving 8,600 young people from all over Spain also indicate that the Community of Madrid has the highest percentage of entrepreneurs in the country.

While most young people want to be civil servants – more than 25 %-, they mainly prefer two branches: health and education; far from the traditional image of boring office staff. According to the survey, Andalusia, Aragón, Galicia and Murcia are the regions with the highest percentage of students who prefer jobs in the Public Administrations because, according to the people surveyed, they provide a more comfortable and secure working life. Young people who wish to undertake a business project, 18.8 %, want to be their own bosses and are seeking independence. However, 22.6 % of students want to work in multinational companies, and 11 % in SMEs.

Sparks on the Internet

The details of the study also indicate that new technologies are the genuine driving force that propels young people with entrepreneurial initiatives; who see an opportunity to exploit their business ideas in the digital world. This option is mainly sought by people who study engineering and architecture (32.7 %). According to the data of the study, nine out of ten young people study at public universities.

The financial crisis and the massive use of the Internet is undermining these conservative attitudes in young people who seek to finish their studies and find a job immediately. “Technology has done away with many jobs and this has led to unemployment, but it has also led to the creation of new businesses,” says the sociologist Narciso Michavila, president of GAD3.

The profile of an Entrepreneur

As is clear from the survey, most young people who consider entrepreneurial initiatives have studied at private schools, and their fathers or mothers are entrepreneurs or self-employed. 36.9 % of students from private schools claim they are considering becoming entrepreneurs compared with 25.3 % from state-subsidised private schools and 24.0 % of those from public schools. In addition, there is a difference of up to 10 points between the children of parents who are entrepreneurs or self-employed: 31.2 % in the case of the former, 20.6 % in the case of the latter. Another relevant datum of the study has to do with the gender gap: 34 % of men compared to 21.4 % of women.