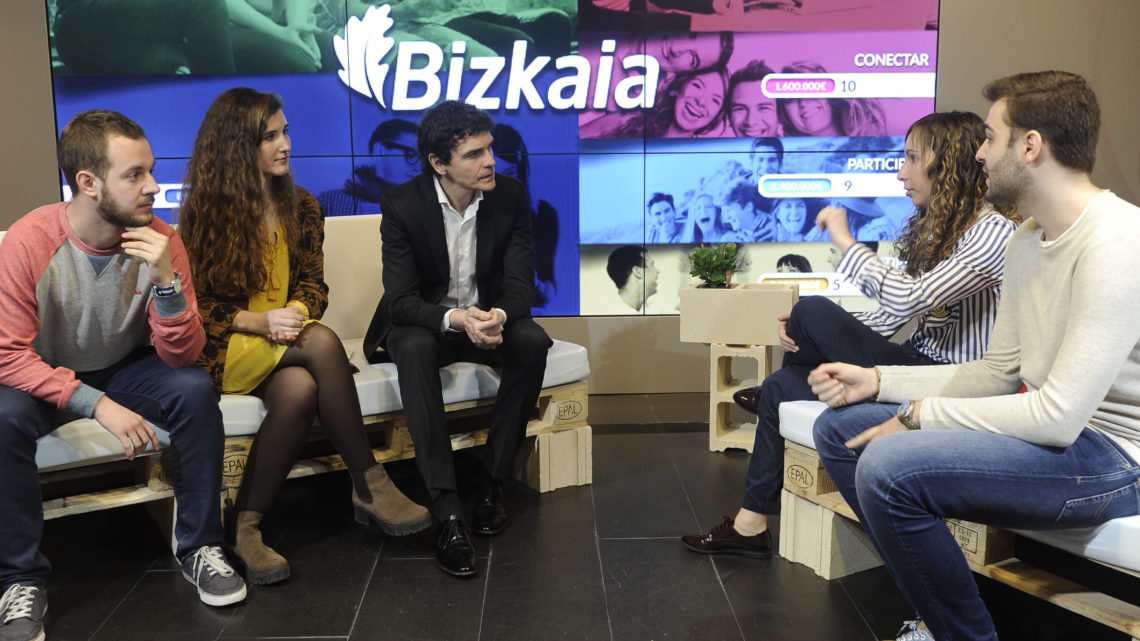 The fact that this is going to be the Year of Youth is one of the mantras most widely used in the Provincial Government. It belongs to the discourse of Unai Rementeria and the provincial accounts will be providing a $69.6 million euro investment in this field in 2017. Of the 137 projects envisaged, many are already in place; however, there are others in which Bizkaia wants to innovate and the deputy general outlined some of these developments yesterday. Accompanied by four young people, to show that “we have not only embarked on this process for them but also with them,” Rementería announced the launching of two employment plans for 40 young people, one in Bilbao and the Margen Derecha area and another for the Margen Izquierda area and Meatzaldea. “We are going to focus on training and employment, because the former is the best ally of the latter. We want to complement the nearly 200 scholarships and the 1 million euros that we have already dedicated”, he said. “We have asked companies what they need in order to be more efficient and where the best trainers for those profiles can be found”.

Under ‘Bizkaia Goazen Gazteak’ (adding the word youth to the provincial slogan), the ‘Saregileak’ initiative is being launched, in what Josu and Itxaso, a philosopher and a law graduate, have the mission of creating networks at street level to collect the views of young people. “We want to get closer, listen to them, hear about what motivates them and their dreams,” he pointed out. A task for which “we shall visit bars, pintxopotes, clubs, universities and concerts”, and progress can be followed on social networks. With the support of “a group of mentors in the field of public-private initiatives”, and using WhatsApp groups as a new communications highway, our purpose is “to bring together those ideas and projects that the Provincial Government has in place and address those that are viable”.

The project will include two ‘work cafés’. The first will be in May and it will bring together young people and international companies and entrepreneurs, while the second, in November, will be intergenerational “so that young people can witness the experiences” of consolidated firms, institutions and social movements. The Provincial Council will also sponsor a party at the Euskalduna Palace on 22 June “to celebrate the end of the exams and the fact that we are proud of Bizkaia,” in the words of the deputy general.

A card without a card

Some of the plans that were set out initially yesterday are in a very early stage. The provincial programme, ‘Talentia Challenge’, faced Endika and Esti with the challenge of deciding what to do with the ‘gazte txartela’, a card for young people that never took off. “The only thing that we know is that it will not be a ‘txartela’ (card), said Endika, involved in a brainstorming process these days. “In the past, there was no communication with young people and that is why it failed to take off. Now we are going to do something very new”, said Esti. Neither of them wanted to reveal more details of a plan that is still on the drawing board and that will be launched in summer. Some of these young people will also have the chance to visit international venues, such as Finland or the British town of Cambridge.