Pegasus International Campaign launched by Novia Salcedo Foundation is present in the ECOSOC Youth Forum 2015 taking place in New York on days 2 and 3 February. The project objective is to declare a Decade of Youth Employment 2019-2028, helping to reduce the 75 million unemployed young people in this time of a total of 1.8 billion, a quarter of the world population.

The event has held these days in the New York City attended by youth leaders at the highest level and other prominent personalities of world government and civil society. Among them, the United Nations Secretary General Ban Ki-moon, the Youth Envoy for UN Alhendawi Ahmad, President of ECOSOC Martin Sajdik etc. On the other hand they also attended as representatives of Spain director of the Institute of Youth (INJUVE) and Secretary of State for Social Services and Equality, Susana Camarero. 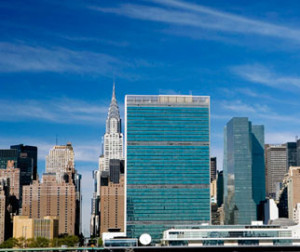 This event has highlighted the importance of youth for society and its future. It has also ensured, among many issues that 2015 will be a key year for this group. The Secretary General himself alluded to the importance of that date because “2015 is not a year, is an opportunity to change the course of history. This generation of young people – the largest the world has ever seen – has a historic opportunity to end poverty, combat climate change, create jobs and fight injustice “In the same vein, President of ECOSOC Sajdik said. concern by stating that “for a child born in 1990, the base year for calculating progress in achieving the MDGs, he or she could be one of the 76 million unemployed youth today or earn less than $2 a day – about 200 million young people “.

Finally, Allandawi has alleged that “there is no doubt that young people face multiple challenges to fulfill its potential, but do not give up“. During the day they will continue interventions aimed at improving the current situation and building serials of proposals for youth facing 2015 and oncoming future.