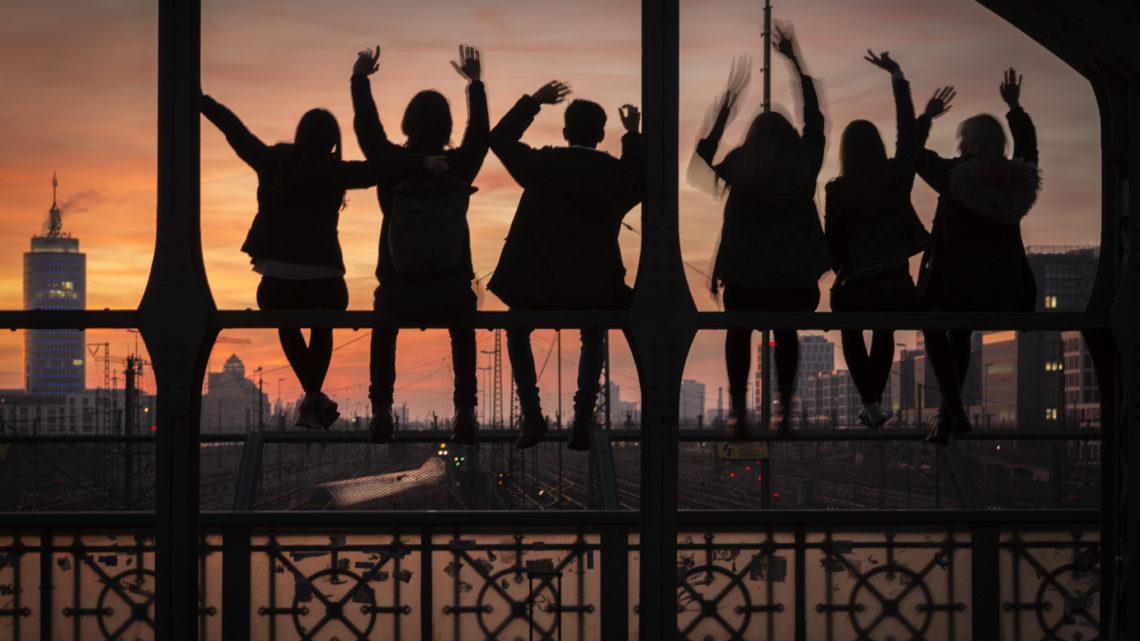 Interview with Núria Vilanova – Co-author of the book ‘Generation Z’: Everything you need to know about the young people that have made the millennials look old’

‘Generation Z: Everything you need to know about the young people that have made the millennials look old’ defines the young people of today as “digital, entrepreneurs, committed, brand-loving, and non-conformist”. This manual, written by the founder and president of the communications consultancy firm Atrevia, Núria Vilanova, and the director of Deusto Business School, Iñaki Ortega, provides an accurate in-depth analysis of the concerns and needs of this new generation that seeks to break the moulds of the labour market to find its place. Núria Vilanova answers our questions:

-What are young people like today, the so-called Generation Z that you and Iñaki Ortega mention in your book?
-The young people born between 1994 and 2009 have grown up with the Internet and their personality has been influenced by a “liquid” and diverse society in crisis. These young people are defined by being self-taught, creative, and overexposed to information. In Spain, this group comprises 8 million people, and in the world, a total of 2,000 million people.

-Your book has been defined as a manual for parents, teachers and entrepreneurs who have to interact with this group. Is it so difficult to understand them and talk to them?
-Generation Z members find themselves in a dilemma in Spain, and we have to understand the context in which they live and their motivations if we want to understand them. The Internet has always been part of their lives, but the world in which they live is still not 100% digital. They have to choose between giving up part of their identity to adapt to a reality made by and for their parents and grandparents, or, on the contrary, be themselves even at the risk of living on the sidelines of the system. 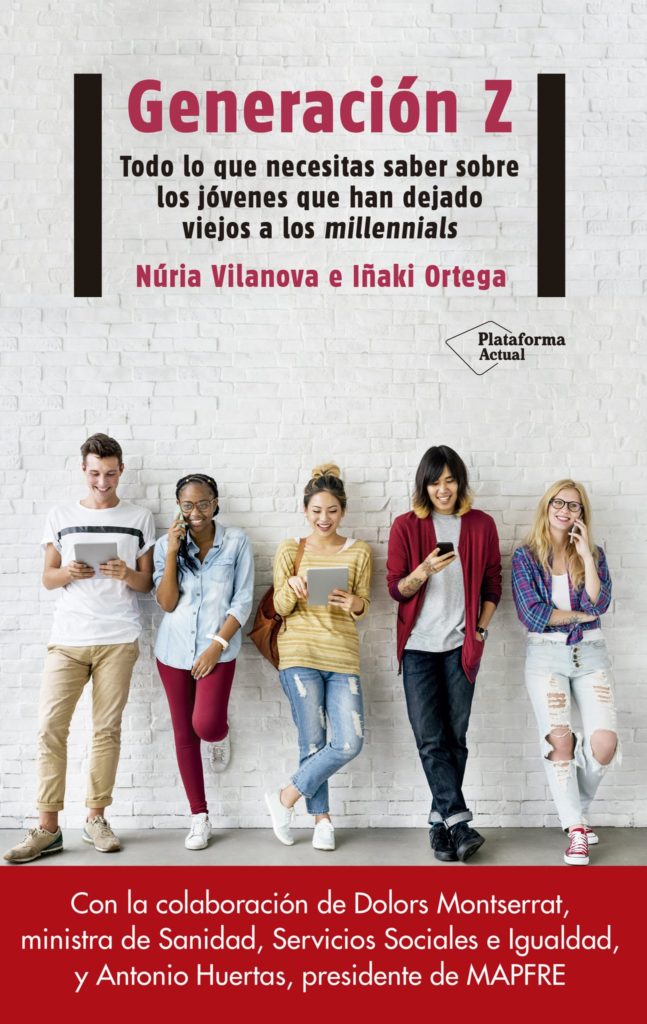 -How does being digital natives make them special?
-The members of this generation demand immediacy and short-termism. They have been educated and socialized in the presence of the Internet, and they are, therefore, accustomed to accessing any type of information with a single click, no matter the time or where they are. They receive information, buy, and interact on social media, they are used to comparing information, they demand clarity, responsibility, and commitment from companies and political parties and from society in general.

-Are they constantly connected to social networks? Do they suffer from a kind of hyper-connection syndrome?
-The Generation Z is clearly hyper-connected through their smartphones or tablets, which they use in every social, occupational or cultural relationship. They visit digital platforms to interact and establish personal relationships, they use WhatsApp intensively to communicate and they are comfortable using several screens at the same time. This continuous use of various social networks, digital platforms and applications in general, has made the members of this generation experts on the Internet.

-Has the fact that they were born in the middle of the last economic crisis made them look to the future with a bit of disappointment or are they optimistic by nature?
-The context in which they have grown up has enabled them to be more realistic and critical of everything around them. They are non-conformist and irreverent and eager to work together to improve the current situation. The digital world gives them the opportunity to contribute to social and political projects, and they are aware of the economic and social inequalities around them.

-In what are they different from their predecessors, the Millennials, and the baby boomers?
-The intensive use of new information technologies is one of the hallmarks of the Generation Z, and although this is a characteristic that is also associated with Millennials, everything seems to point to the fact that the digital world has had a deeper impact on the personality of this latest cohort of young people, due to the fact that their contact with it started at an earlier age. However, the biggest difference when compared to previous generations is the delayering in the transmission of information. Generation Z members not only believe that they have the inalienable right to create, modify, and transmit information; they are unaware that information had to go through filters in the past.

–What are the strengths of this new generation?
-Generation Z people conform to a new archetype of consumer, worker and citizen. The digital environment in which they live provides them with more opportunities to collaborate on cultural, social, political and business projects, and to express their creativity with less effort.

-And their weaknesses?
-Some experts point out that, due to the ubiquity of short messages and the use of digital devices as a means of social relationship, members of the Generation Z now have difficulty focussing for extended periods of time, in addition to finding it more difficult to speak in public and writing complex texts. 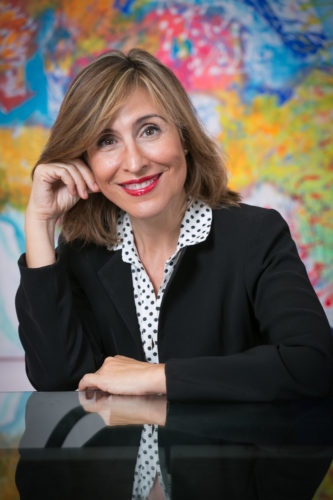 -What concerns and expectations do they have from life?
-Generation Z members are concerned about the educational system and its lack of adaptation to the requirements of the job market. They are concerned about the lack of practical content in study programmes and consider that the use of digital means in university programmes is clearly insufficient. In this sense, Generation Z members call for greater practical training using technological tools, not only to become familiar with them but to acquire the professional skills required in the job market. In addition, they also find major deficiencies in learning English, another professional skill the marketplace requires.

-What pathways do they follow when looking for jobs?
-Just as they use the Internet to develop instructional skills and meet all their concerns regarding learning, they use websites and various digital platforms to find jobs.

-What are their dream jobs?
-They are open to creating businesses as tools for social change in areas such as the environment, inequality, or citizen participation, and, therefore, they are quick to enrol in initiatives that will enable them to find solutions to the problems of their environment through start-ups. When choosing a company to work for, the company’s reputation is the least valued aspect; however, they do value the company’s ethics and its ability to innovate. But, above all, their priority is a good working environment, conciliation, and the possibility of developing their professional careers, rather than other factors, such as stability and a good salary.

-What would their ideal job be?
-Rather than looking for jobs, Generation Z members are seeking professional experiences related to their way of understanding the world in which they live: interrelated, transparent, and marked by images and appearances. These young people make up the first generation that does not aspire to have the same job for life; they will be linked to projects that result in a large network of autonomous jobs that, linked together, will result in far-reaching initiatives.

-Do they prefer to become entrepreneurs and to open businesses or work for someone else?
-They prefer to become entrepreneurs and work with a level of freedom. As shown by the data from the Generation Z study we prepared at Atrevia together with Deusto Business, the conclusions of which also appear in the book, 36% of Generation Z members would prefer to open their own business or be self-employed while only 20.8% aspire to become civil servants. When choosing a job, their main reasons are independence, autonomy, working on various things, and not having a boss; while having the opportunity to implement their own ideas is the main motivation for opening a company.

-How do businesses see them? Do companies appreciate them?
-The older members of the Generation Z are starting to get jobs and businesses will be forced to adapt to their digital culture if they want to attract the best people. Organisations will have to take into account working conditions, which will also be important for their corporate reputation. Generation Z members prefer to work on projects and they need to receive feedback about their effort; they are creative and very willing to telework, without fixed timetables, and they do not expect to find a job for life. On-going training and innovation are key aspects to retain Z talent.

-And society? Does society see them as an asset for the future or does it fear they may become another lost generation?
-There are great expectations regarding young generation Z members, as they are the first generation that has assumed the fact that the world has become smaller, that diversity is inherent to any modern society, and that democratic development, coupled with technological development, is unstoppable and generates new human rights.